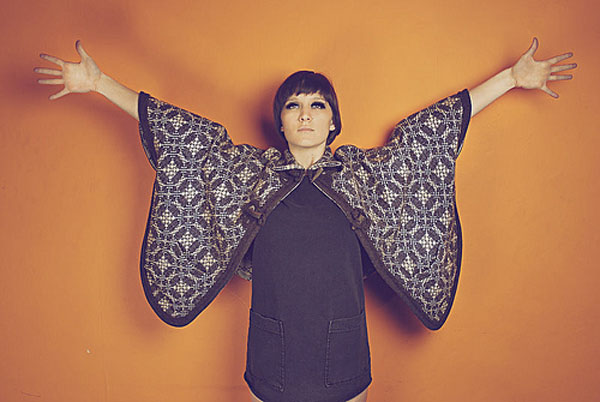 Fresh from tours in Europe and the US with St. Vincent, quirky Welsh singer-songwriter Cate Le Bon releases her new album, CYRK, on January 17. The Cardiff resident, who grew up on a farm in rural Wales and records in Welsh and English, is known for her haunting voice and dark lyrics. We asked her about writing in darkness, her inspirations and how seeing pets perish shaped her style.

Your songs have been described as odd and beautiful. Is uniqueness something you consciously strive for when you’re writing?

I imagine every artist is trying to create something unique but you can only write what you write. It’s usually apparent if it hasn’t hatched from a natural place.

Is it true you only write in the dark?

You perform in Welsh and English – do you find one language easier to write in than the other?

Writing in English seems to come more naturally to me even though I am fluent in both languages. Perhaps it is because I learned Welsh when I was in primary school as opposed to it being my home language. Welsh is extremely beautiful sounding and so I am lucky to be armed with it when it’s sound better suits the mood of a song.

What was the inspiration for your current single, “Puts Me To Work?”

“Puts Me To Work” is a song about how someone’s or something’s value and importance can change significantly depending on circumstance. It’s very easy to be sentimental about something until needs must and then its just as easy to disregard sentimentality completely.

You’ve said that your early experience with pets dying continues to influence your dark, lyrical style.

When I started to realize that songs should ideally be about something the only experiences i really had to draw upon at the time were those of growing up in the country. I spent most of my time in the company of animals and they all surely died during the course of my childhood and punctuated its timeline in my mind. (We lost most than our fair share of them, very careless) It was never intended to be morbid and I’m not sure it would not be entirely obvious when listening to the songs that they were about pet deaths. “Its Not The End” for example is not a love song but a threatening song about how I will reap revenge on the bastard kid who shot and killed my favorite cat. “Digging Song” is about the constant burials that took place in the back garden due to the abnormally high animal death rate we were up against. It was like Pet Cemetery back there.The grave digging mostly took place under the watchful eye of my beloved father who would drink John Smith’s on a deck chair whilst I dug away with my sister.

What was the last song you wrote? Tell us about it.

I’ve recently been writing on my old Telecaster that I pulled out from the storage cupboard in Musicbox. I have been jamming a riff, much like a teenager, that I am mouthing some mumbo jumbo about dreaming of wild horses over; I have been for the past few weeks.

What’s a song on your new album, CYRK, you really want people to hear, and why?

“The Man I Wanted” because I have finally put down a wooden recorder track that I have not been ridiculed for… as of yet. Also, if you’re listening to it, you’re well into side 2 of the album which means there’s hope you’ll make it to the end.

“On the worst day of his life, he’d still love more things than I like” has been misconstrued as being a melancholic lyric about how miserable I am when actually it was written as a testament to how wonderful and positive the ‘he’ in the song is (its not God, for the record).

Not really. I’m a great believer in trying to use all the words, especially ones that are not necessarily beautiful sounding but are enigmatic all the same. I think British Sea Power’s use of the word “increment” in a song’s hook first made me a fan of this.

All manner of things but it’s usually triggered by animals, the sea or matters of the heart. Actually, its mostly a mash up of all of three. I was very inspired by a recent trip to the Isle Of Eigg which has raised its head, in one way or another, a few times on CYRK.

I write melodies to begin with, but always know how I want the words to sound and fall before I have definite lyrics which I will always end up penning the night before I am due to record. Although it’s not ideal to leave things to the last minute, it often means that the lyrics are less laboured and are more free flowing… perhaps.

I believe Euros Childs of the Gorky’s Zygotic Mynci to be one of the greatest songwriters alive today. He is not underrated as such, for those who know his work rate him very highly, but when I listen to his music I cannot believe that he is not recognized and worshipped the world over. He’s a master of beautiful melodies and lyrics that effortlessly paddle in psychedelia, and is blessed with a voice and delivery that could melt the meanest of hearts.

What’s the perfect song to you, and why?

“Only The Sea Makes Sense” by the Gorky’s Zycotic Mynci. Listen and I need not explain. 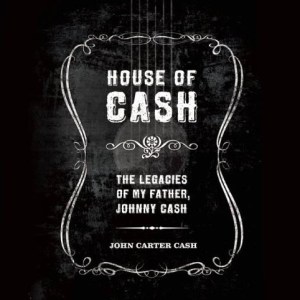