The voice behind the 1987 hit “Come Into My Life,” Joyce Sims passed away on Saturday, October 15. She was 63 years old.

The R&B singer-songwriter’s death was confirmed by family members on social media. At this time, no cause of death has been given.

Annette Ramsey, one of Sims’ sisters, wrote on Facebook: “I will always remember the happy times we’ve shared, the love and support you have given me will not go in vain. I Love you Big Sis RIP.”

Another of the late singer’s sisters, Debbie Sims Hall, described her as “a beautiful soul inside and out” and she “will truly be missed.”

Voices around the music industry and beyond mourned the loss of the multi-faceted artist.

Publisher of SoulTracks, Chris Rizik, described the star as a “talented songwriter and pianist who penned most of her hits, but she also proved herself a song stylist,” adding that her “impact on music was even greater than the mass popularity that she achieved over the past three and a half decades.”

The singer Rowetta, best known for her work in the British rock band, Happy Mondays, tweeted “RIP Joyce Sims” along with the music video for “Come Into My Life.”

The Rochester, New York-born singer made her breakthrough with the 1986 single “(You Are My) All and All.” She saw chart-topping success in both the United States and the United Kingdom. Some of her most loyal fans were located across the Atlantic and she reportedly toured the UK this summer. She also had an album release planned for late 2022.

In an interview earlier this year, Sims said of her debut album and hit single, both titled Come Into My Life, “A lot of the dreams and aspirations I had came true when that album was released.”

Revisit the single below.

Sims’ hit song was sampled in the 2004 track “I Wanna Thank Ya” by Angie Stone, featuring Snoop Dogg. Listen for the tune, below. 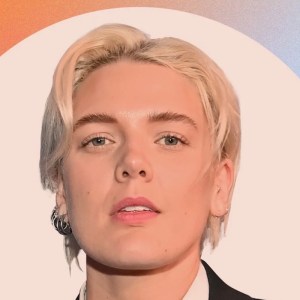