The Country Music Association Awards ceremony is a night full of honors, celebrating the biggest talents in country music. One honor, in particular, recognizes an artist who has achieved unparalleled success throughout a career of performances, philanthropy, and representation of the industry.

“A three-time CMA Entertainer of the Year, he is responsible for so many iconic moments in CMA Awards history,” said CMA’s Chief Executive Officer Sarah Trahern when the news was announced. “Just as Alan has been influenced by many Country legends throughout his career, he too has inspired a generation of artists to stay true to the authenticity of Country Music.”

Dierks Bentley, Carrie Underwood, Jon Pardi, and Lainey Wilson delivered a star-studded tribute to the legend during the night.

The tribute was kicked off with a few sweet verses of “Remember When” from Underwood who told the audience her first concert was seeing Jackson perform. She touched on the impact the country star has had on her own career before she passed the mic to Bentley, Pardi, and Wilson.

A rollicking rendition of the legend’s 1992 classic, “Chattahoochee,” led by Bentley, got the crowd on their feet. The camera panned across an audience enraptured, singing along to every word as Pardi went into the 2002 down-home country hit, “Drive.” Wilson delivered on the honky tonk-textured “Chasing That Neon Rainbow” as the man of the hour appeared on the neighboring stage.

A show-stealing performance of the 1991 country anthem, “Don’t Rock the Jukebox,” from Jackson himself brought the tribute home. The four players paying tribute joined in at the end for an all-star send-off.

As Underwood presented Jackson with the prestigious award, he said, “Country music’s been real good to me.” His acceptance speech was full of gratitude as he reflected on how he fell in love with the genre, his career in the spotlight, and his place in the country music community.

“I’ve been so blessed. I’m still living that honky tonk dream,” he closed his statement, holding the award over his head.

In October, Jackson was also honored with the Artist of a Lifetime award during CMT’s Artist of the Year Ceremony. 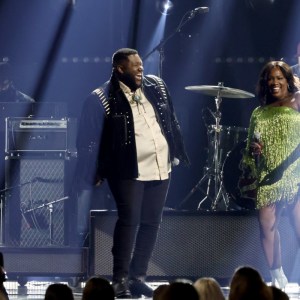 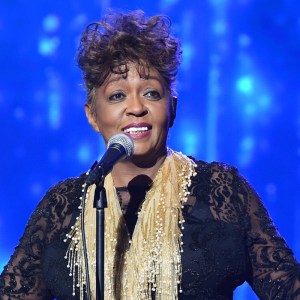