Courtney Love shares more details on her forthcoming album, what she called her “magnum opus,” in an interview with podcaster Marc Maron on his WTF show.

But digging deeper into the episode, Love had a lot to say about her deceased husband, Nirvana frontman Kurt Cobain. She’s candid about the effects of his ghost, so to speak. She says he’s ruined aspects of her life.

In the excerpt from the show below, Love talks about a “secret” song called “Justice for Kurt” that likely won’t make her new LP.

The dialogue below starts 20-minutes into the episode:

“And then we wrote a secret song that we can’t put on because—it’s only 2:24 but, it’s a rock song, but it was swallowed—” said Love.

“Because it’s called, ‘Justice for Kurt.’ And it’s great! But like, we’re like, they’re too stupid. It would swallow the entire narrative. Rock does not stream. In fact, I had breakfast—”

“It would swallow the entire narrative how?” Maron asked.

“It’s not worth it! It’s 2:24. It’s an ear-worm and a half. If I’m going to write a fuckin’ song called ‘Justice for Kurt’ it’s going to be a fucking ear-worm. But I’m not putting it on that record to ruin my record. I don’t need Kurt ruining more of my shit. Okay? Thank you. Love you. But, no, thank you.”

“What else did he ruin?” asked Maron.

“He ruined everything—he ruined my daughter—he’s a ruiner! The poor fucking guy. First of all, he only lived 27 years, 30 years ago, okay? So—A—I’m not, my daughter’s not, I’m not a professional—J.D. does it, I’m so relieved.”

“[J.D.] Your manager, my friend. … So wait, tell me about this Kurt the ruiner business,” asked Maron.

“Kurt the ruiner. Just everything. I’ll give you a good example. Here’s some secret in Hollywood, actually. This story involves Brad Pitt, what I’m about to tell you. Here’s the first time Kurt was the ruiner. Like oh, there were times I could understand about before… so he died and obviously—and by the way, it’s still percolating that I’m this you know psychopath that killed him.”

“Let me ask you a specific question about—”

“Can we get to the Brad Pitt, Kurt the ruiner thing after you?”

“It’s just,” Maron said, “that whole situation, which was almost like a foreshadowing. … It became the whole culture. But because you’re a woman, because you were married to Kurt.”

“I’ve seen they came down you,” Maron said.

“They still do. ‘I want to see justice for Kurt. Kurt was murdered.’ I don’t go online. But when I do, my daughter has to see that too.”

“So, how do you manage that shit?”

“I just deal. I wrote the song, but I can’t put the song on the record!”

“Can’t you release it as a separate single?”

“We’ll put it out, like, eight months after the hoo-ha. The other songs are way too good to ruin it with 2:24 of me being sassy.”

Also in the episode, Love talks about being fired from Fight Club (and the role of Marla) after she told Pitt and director David Fincher they couldn’t do a Cobain biopic. She added that she intends to make a Cobain biopic in the future.

Listen to the full episode HERE. 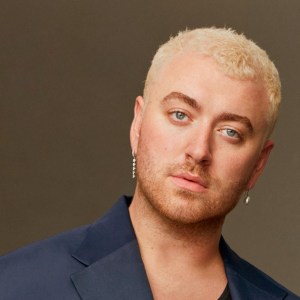 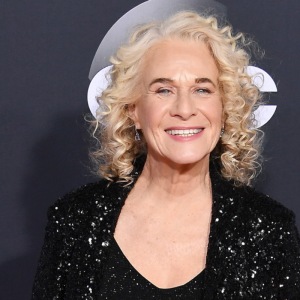