In a style best described as “rogue folk,” East Nashville-based duo Adrian + Meredith have taken their roots and run the distance towards their forthcoming sophomore album, Bad for Business. The pair stepped out with their debut More Than A Little in 2016. In the nearly five years since their debut, the Stevens Point, Wisconsin, and Ann Arbor, Michigan natives, respectively, fused their spanning punk-rock and old-time traditional influences into a smooth amalgamation of almost Balkan-tinged roots-rock.

Their new track “DOA,” takes a deeper dive into this imagined soundscape, navigating the duo’s inter-tangled labyrinth of musical influence with a wanderer’s spirit. Despite its titular damnation, the duo insists “DOA” is actually a “feel-good song for summer.” Through the sentiment, “Dead on Arrival,” the duo urges listeners to “live in the moment, have fun, make some trouble, don’t take anything for granted.”

Adrian wrote the song over a decade ago while living in Washington, DC. “At the time I was feeling completely burned out from the hustle and bustle of the city,” he shares in a recent interview with American Songwriter. “When we pulled it out in 2019 for this record, I re-worked the lyrics and the form, but in a lot of ways, I think I was feeling similar. 250 dates a year will do that to you on top of a changing home city of Nashville.

Released Friday, July 30, “DOA,” is one of the lighter lyrical contributions to Bad for Business—due August 20.

Recorded in the living room of their midcentury East Nashville home with friends like Paul Niehaus (Justin Townes Earle, Calexico), saxophonist Ken Francis Wenzel (Carlos Santana, Bobby Parker), and banjo player Fats Kaplan (Jack White), Bad for Business is a brazen sonic exploration. Over the course of 11-tracks, the artists take the plunge from their previously waist-deep dedication to trans-genre exploration. Out there in uncharted waters, Adrian + Meredith found a platform that felt less like a soapbox and more like a channel of empathetic energy.

A dizzying socio-political climate served as a wellspring of inspiration for the artists. The songwriting on the album is a direct response to their perception of the global happenings during 2019. Though the work pre-dates the pandemic, etchings of political polarization weave throughout the protest-style syndication. For Meredith, songwriting clears a path through the turbulent landscape.

“It’s a great combination of self-therapy meets social reflection.  We’ve been playing music our entire lives, and there’s no better feeling when you write a hook you’re an immediate fan of. It sticks in your head until you finalize some lyrics that fit the mood of the song,” she shares. “It’s a unique experience to make creative art, and show the world.”

Though lyrically charged, Adrian + Meredith’s music still induces a clap-or-stomp response, allowing their ideas to penetrate their listeners’ ears more easily. For the duo, this album is the product of reflecting on their initial musical intentions—what brought them into the creative process in the first place. What they found, after years of touring internationally, was “good music, good lyrics, good people, and authenticity to be at the forefront of every track.” As storytellers, they seek to share their experiences in a way that transcends the divisive bounds and borders placed around different communities and corners of the world.

“We feel a great sense of responsibility and privilege to be able to create connection and empathy through these songs,” says Meredith. “Creatively, we had a lot of fun making the record, and a large portion of it was recorded in our house in Nashville. So from our home to yours, releasing it feels like it will all come full circle.” 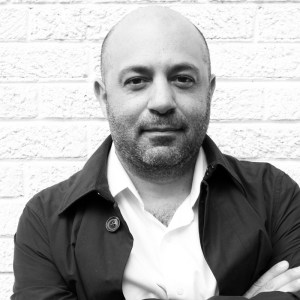