William Beckmann holds his roots close. Growing up in a small Texas town, Beckmann learned to notice small moments and turn them into something cinematic.

On Beckmann’s new single “Danced All Night Long,” he imagines a classic love story that all begins with a dance. As the waltzing guitar and horns begin, you are transported to a cantina in Acuña, Coahuila Mexico. A man sitting in the cantina notices a woman who walks in, and after working up the courage, asks her to dance. One dance turns into two and two into three, and the rest is history.

Beckmann’s inspiration for the single came to him in a legendary bar in Acuña. He tells American Songwriter that he wrote the first couple of lines on a napkin at The Corona Club, a famous bar featured in films such as El Mariachi and Desperado.

Beckmann’s town allowed him a diverse array of influences, from country to classic rock and everything in between.

“Growing up on the border, I was exposed to a lot of Latin music, a lot of Mexican music, mariachi music, and that was a big influence on me,” Beckmann says. “It was a combination of country music and a lot of Hispanic music that I remember growing up. You’d turn on the radio and 90 percent of the time it was something Spanish, and then you could move the dial to try and find some English stations.”

It’s the combination of country and Hispanic music that makes “Danced All Night Long” memorable. In the second verse of the song, Beckmann details a conversation between two lovers in Spanish. The second verse is his favorite for the reaction he receives from listeners—and this is exactly what he wants. Beckmann just wants listeners to have fun and get lost in the story.

“I just want the fans to enjoy the song and hopefully learn a little more about where I’m from,” Beckmann adds.

“It’s part of my heritage,” he concludes. “I do come from a Hispanic family, so I feel like it’s part of my culture, it’s just the way I was raised. So, I like to put that at the forefront of what I do, especially when I’m playing.”

The single comes in anticipation of his EP Faded Memories, out April 29.

Listen to “Danced All Night Long” below: 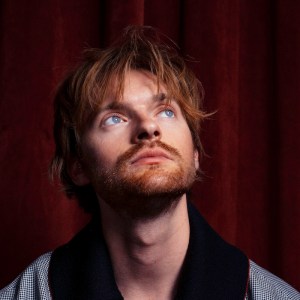