If you’re familiar with iconic duo Elton John and Bernie Taupin, then you know the pair are famed for their songwriting abilities. The two partners in crime have been writing songs together for over 50 years and have come up with all of your favorites over the years, including “Your Song,” “Rocket Man,” “I’m Still Standing,” and more. Not everyone believed in the duo’s ability to produce hits, however. Even their own record label.

The Origins of “Daniel.”

Their hit “Daniel,” comes from the 1973 album Don’t Shoot Me I’m Only the Piano Player and features the famed songwriting and storytelling that will serve as the duo’s legacy. Written and recorded the same day at the Chateau d’Herouville in France (the “Honky Chateau”), Elton and his band recorded it in just three takes.

The song opens with a seemingly positive melody, but once Elton begins to sing, it’s clear there’s more depth to the story than just the music intends.

Daniel is traveling tonight on a plane
I can see the red tail lights heading for Spain
And I can see Daniel waving goodbye
Oh it looks like Daniel, must be the clouds in my eyes

“Daniel” is still one of the most misinterpreted Elton John songs. Lyricist Taupin said that the story intends to be about a man, returning to a small-town after the war, who longs to return to the life he had before.

“‘Daniel’ had been the most misinterpreted song that we’d ever written,” explained Taupin, in the Two Rooms tribute project. “The story was about a guy that went back to a small town in Texas, returning from the Vietnam War. They’d lauded him when he came home and treated him like a hero. But he just wanted to go home, go back to the farm, and try to get back to the life that he’d led before. I wanted to write something that was sympathetic to the people that came home.”

The lyrics originally included a few lines that explained the relationship of “Daniel” and the singer. Taupin originally wrote a few more lines towards the end of the song to clarify that “Daniel” was in fact a veteran. At the concern of Elton and their record label, however, the song was shortened by one verse. Regardless of the song’s original meaning, the song communicates an intimate relationship between brothers—an uncommon image at that point in time.

Daniel my brother you are older than me
Do you still feel the pain of the scars that won’t heal?
Your eyes have died but you see more than I
Daniel, you’re a star in the face of the sky

A hit despite record label reluctance.

The group’s record label at the time reluctantly released the song as a single, thinking it was too somber and long of a song to perform well.

The joke’s on them. “Daniel” topped at no. 4 in the UK and no. 2 on the U.S. Billboard Hot 100. In the US, “Daniel” received Gold certification in September 1995, and then Platinum in May 2018 by the Recording Industry Association of America (RIAA).

Many songs of Elton’s are known for their longevity and being covered by other famed artists. “Daniel” was most notably covered by non-binary artist Sam Smith in 2018 on Elton’s star-clad album Revamp: Reimagining the Songs of Elton John and Bernie Taupin.

Listen to Elton John’s “Daniel” below. 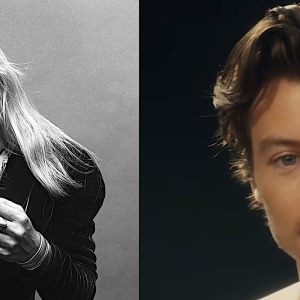