When you’re someone like Dave Grohl or Paul McCartney, you have seemingly endless stories to tell about the world of rock music and celebrity. Well, the two artists intersected in a recent interview, during which Grohl recounted the time the Beatle gave his five-year-old daughter, Harper, a piano lesson.

“We have wine and pizza,” Grohl said in an interview with The Graham Norton Show (see video below). “We were hanging out, and it was time for Paul to go. Paul and [his wife] Nancy were leaving and there was a piano in the corner of the room, and he just can’t help himself.”

Grohl, who is promoting his new memoir, The Storyteller, which is out Tuesday (October 5), continued: “So he sits down at the piano and starts playing ‘Lady Madonna’… In my fucking house! My mind is blown, I can’t believe this is happening. This is like the most crazy full-circle moment of my entire life.”

Grohl went on, “My daughter Harper, who I think was five at the time is watching Paul McCartney on the piano and she goes to the kitchen and gets a coffee cup, puts some change into it, and puts it on top of the piano like it’s a tip jar.”

“She’d never taken a lesson to play any instrument at that point and she sat down and watched his hands. They sat down together, and he was showing her what to play, and they wrote a song together.” 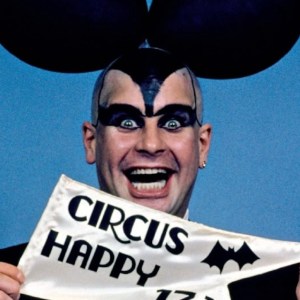