Ozzy Osbourne, the longtime frontman of the British heavy metal band, Black Sabbath, is set to release his new solo album soon. Though when and what it will be called is as of yet unknown. But new details are still coming out every day—like who’s playing on it.

The new record, the singer recently announced on his radio show, will feature a star-studded guitarist lineup that includes Jeff Beck and Eric Clapton, and longtime pals and collaborators, Zakk Wylde and Tony Iommi.

Osbourne also said that Clapton has already cut a “very good” solo for one of the songs. And it’s rumored that drummers Chad Smith and Taylor Hawkins are involved in the project, too. And Guitar World reports that Robert Trujillo will play bass.

Earlier in September, Osbourne, who is clearly hard at work, released the song, “Hellraiser,” from a new digital deluxe edition of his 1991 album, No More Tears. The track features a mash-up vocal from Osbourne and the song’s co-writer, Lemmy Kilmister of Motorhead. 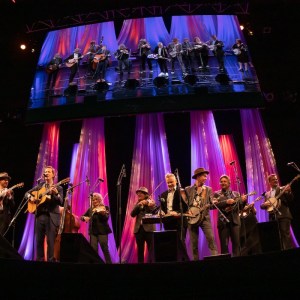