Musician, author and self-proclaimed “romantic realist” David Berkeley writes about what he knows, or more specifically, where he knows. His 2011 album Some Kind of Cure draws from the remoteness and tranquility of Tralonca, the small 35-person village in Corsica that he once called home. Now, Berkeley resides in Santa Fe, making his new album The Fire In My Head a “Santa Fe album.” We  talked with Berkeley about songwriting, the collection of short stories he’s working on and more.

The Fire in My Head was written and recorded shortly after moving to Santa Fe. This is my fifth studio project, and we did it very differently than all the others. It has just two other musicians on it (Bill Titus and Jordan Katz) and we recorded the whole thing in two days using whatever instruments were lying around the studio. There was no pre-production and not a lot of forethought. The mixing also was done really quickly, with hardly any edits. The result, I think, is far more musical, more true to how we sound in concert. It also is very natural and warm. We recorded it in my friend Jono Manson’s studio in Chupadero, NM. His place, and the crazy desert landscape around it, seeped into our performances as well, I think.

The songs on my last album (Some Kind of Cure) were written primarily while I was living on the island of Corsica. That album brings me back to that time and place vividly. It was recorded in Atlanta and Chicago over a far longer period. It was crowd funded, and so it involved a lot of my fans as well. The Fire in My Head is a Santa Fe album. It is quieter and was quicker to create. Certainly no less heartfelt just less premeditated.

I came to songwriting late and mainly to get girls. The songs were not good right away. Certainly not. A lot of my lyrics were crazy complex, and the songs sometimes were about 7 minutes long. I’ve since learned that that’s not the best way to serenade someone — making her feel dumb and bored.

One of the first songs I ever wrote was “Moon Song,” from my first record, The Confluence. I was trying to woo a grad student while in college. She was the teaching assistant in a romantic poetry class, so my lyrics pulled liberally from Keats and Shelley. The lyrics were good except for one small error that I should have learned in kindergarten. I described her as having “coral eyes,” thinking that was the color of aqua or turquoise, like a coral sea. I learned the hard way that coral is actually more like pink and not the color most people want their eyes to be.

I’m working now on the songs to go along with the short stories I’m writing. The book will be called The Free Brontosaurus. Each story is written in the third person, but I’m writing first-person songs from the perspective of the main character in each story. I’m working now on a song called “The Hole in My Heart” about a professor who has a real bad trip on ayahuasca and never recovers.

I move a lot, and I’m struck by the new sounds, smells, sights and energy of the different places I live. That sparks certain songs. I also get these washes of profound love or sadness when I think about how beautiful and hard life can be. I start a lot of songs there.

“Shelter.” I wrote it on demand for the author Harlan Coben who wanted me to write a song to go along with the book he was then writing (also called Shelter). It was the first time I had tried to capture a whole tale in a few verses. So I picked out certain images and tried to create a mood that matched that of the book. The challenge was to capture the emotion and themes of his work without alienating a listener who hasn’t read the book.

Easier, in some ways, but it still is in no way easy. I write quicker now. That’s a good thing, as I have way less time to write. I think I know sooner what sounds works and what doesn’t. Maybe I’m a little less of a perfectionist now.

I wrote a memoir called 140 Goats and a Guitar. It’s divided into 13 stories that set up the 13 songs on my last album. And as I mentioned above, I’m currently working on a fictional story cycle that will also have songs to accompany each tale. I’ve definitely become more and more interested in what makes a good story and what makes a good song, which experiences or thoughts lend themselves to which genre.

Here’s a couple I hate: Cinematic and Surreal. I love pretty much all other words.

It’s a solitary process, as I don’t often co-write. And it’s a long process, as I tend to work really slowly. Also, there’s an arc to writing songs. When a melody comes it’s a glorious thing. The song is all potential. Then there’s a crash, as it hardens into something and not something else. Often there’s a moment where it feels like all is lost, and the song is dead. But then there’s a resurrection, which is almost as good as the first stirrings.

“Coming Home,” from my new album. It’s about soldiers coming home from war and trying to readjust. I recently got to play it at a benefit in Montrose, Colorado for a group of returning wounded veterans. It was one of those moments where you hope to hell you’ve captured something appropriately because you’re singing about the lives of just about everyone in the audience.

My friend Tyler Gibbons of the band Red Heart the Ticker.

What do you consider to be the perfect song and why?

Well here’s the best pairing of lyric and melody I can think of. It’s from Paul Simon’s Graceland:

It’s a brilliant lyric with a simple and powerful and perfect metaphor. And there’s something in the descending melody over “in your heart” that makes you feel it fully. 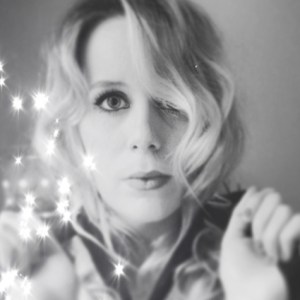