David Duchovny is set to release his third album Gestureland (GMG/King Baby), out Aug. 20. Continuing some of the themes on his previous release Every Third Thought in 2018, Gestureland ventures into different territories, examining politics, the detriments of living in a virtual world, and other personal revelations.

“Layin On The Tracks,” a song Duchovny originally released during the 2020 election, serves as his own personal and political statement in The crowds will gather in the poison rain / To hear what they want / Scream and cheer for what was once insane / That passes for fun.

“I just wanted to go on record in a way that was both personal and political,” says Duchovny of the first single.

Recorded at Outlier Studio in New York, the initial sessions began in February of 2020 and were paused around COVID, before resuming again at The Birdhouse with Duchovny, guitarists Pat McCusker and Keenan O’Meara, bassist Mitchell Stewart, and drummer Davis Rowan.

“After a month or so of being in full lockdown mode, we started recording overdubs and vocals at our studio in Long Island City,” shares McCusker. “To have our own space to be able to finish ‘Gestureland’ safely throughout 2020 was a blessing. The more we’ve all worked together, the more we’re all taking risks and tapping into new influences.”

Duchovny, known for his roles on The X-Files and Californication, has written four novels, including his most recent, “Truly Like Lightning,” which is being adapted into a Showtime series, also wrapped up filming the Judd Apatow-helmed action-comedy The Bubble, a pandemic-inspired movie about eight actors trapped in a bubble on a movie set.

Rooted in some introspection, the 12 tracks of Gestureland offer something more universal and sonically aligned.

“The album represents three years of songwriting over which time I think we developed into a band so there’s a stronger element of deep collaboration here,” says Duchovny. “The songs are obviously inspired by present-day life and problems but we hope to make them universal. We also stretch our sound a little, getting both heavier and lighter at different times.”

He adds, “You want to know which songs are about me,” he says. “None of them. They’re about you.”

1. Nights Are Harder These Days
2. Holding Patterns
3. Chapter and Verse
4. Everything Is Noise
5. Stay Until
6. Tessera
7. Layin’ On The Tracks
8. Playing At The Same Dream
9. Call Me When You Land
10. Mind Of Winter
11. Pacific Coast Highway
12. Sea Of Tranquility 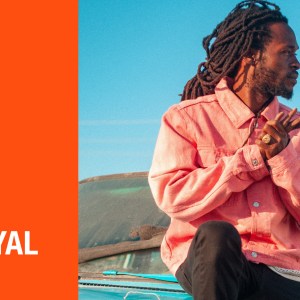 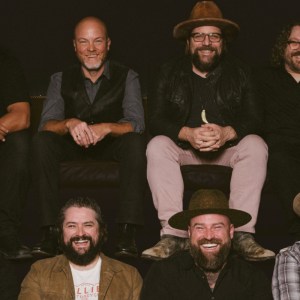