Award-winning singer-songwriter Donovan Woods released a brand new Amazon Original song, “Clean Slate.” The track was produced by Todd Clark (Phillip Phillps, Noah Kahan) and co-written with Jeremy Spillman and Warner Nashville recording artist Tucker Beathard. It is available to stream only on Amazon Music or by listening below.

The song has a cross-genre vibe that could easily be played on country, Top 40, and adult contemporary channels — and make an impression with listeners on each.

“Clean Slate was an idea Jeremy Spillman and I started and really, we just had two lines, “I wanna love you like first time I saw the sunrise, I wanna laugh with you like I don’t know the punchline.” That took us all day to write, which like, isn’t a bad day to me,” he said. “Three or four months later Jeremy and I were writing with Tucker Beathard and we played him our two line idea and we figured out the rest of it. I was hoping we could capture that moment of boundless optimism at the beginning of a new relationship.

“That, often doomed, hope that you can start something new without your past creeping back up on you. Tucker wrote some wicked lines in the second verse. Me and producer Todd Clark worked to strip away the strumminess my demo had and turn it into something that sounded urgent and important.”

In 2018, Woods released Both Ways, which won a JUNO Award for Contemporary Roots Album of The Year, as well as a Canadian Country Music Award for Roots Album of the Year. This year, he released an all-acoustic companion to the album titled The Other Way, and shared intimate observations shot through with an electro-acoustic pulse in “Way Way Back”.

“‘Clean Slate’ is about wanting to start a new relationship without any baggage,” explains Woods. “Which is of course impossible. We’re all products of our own experiences to some extent. We can dream about loving someone like we’ve never been hurt, but yeah, like I said, it ain’t happening.” 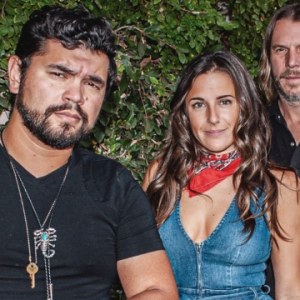