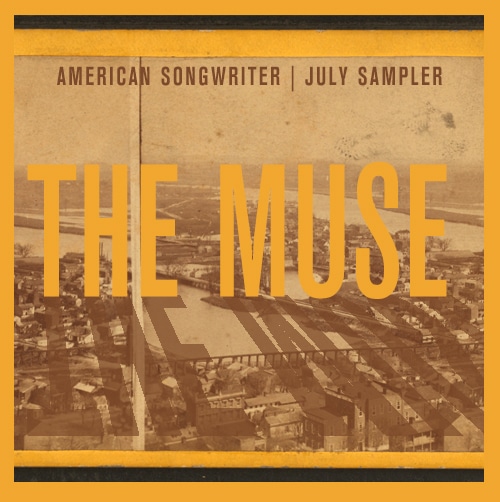 In conjunction with the July/August issue, American Songwriter presents The Muse July Sampler, a free album available for download that features 9 killer tracks from some of our favorite artists. Click here to download the sampler.

Sturgill Simpson, “Turtles All The Way Down”

Like the sonic equivalent of having an acid trip inside a Nashville honky tonk, this country tune twangs and tweaks in equal measure. Simpson’s big, barrel-chested baritone leads the charge, booming out smart lyrics about God, Buddha, DMT and “reptile aliens made of light” while his band tunes in, turns on, and twangs out in the background. This ain’t your granddad’s country music … but we bet he’d dig it.

Caught somewhere between the colliding worlds of Fleetwood Mac, Ennio Morricone and Nancy Sinatra, “My Silver Lining” sounds like the soundtrack to a long, leisurely joyride through the California desert, with the car stereo turned to an old AM station. The string arrangements could’ve come from a spaghetti western film, but the familiar, familial harmonies are pure First Aid Kit, proof that these fast-growing girls know how to move forward without leaving their strengths in the rear view mirror.

Even jailbirds need a little lovin’ once in awhile. The kickoff track to Old Crow’s newest album, “Brushy Mountain Conjugal Trailer” puts the “dirty” back into the Dirty South. It’s a bawdy, bouncing tune about kicking off your prison uniform and rekindling the flame with your beloved … while the warden sits outside your trailer, waiting for you to finish. We’ve heard more romantic songs before, but they probably weren’t this fun.

Written at the end a long European tour, “Another Train” is a slow-moving tribute to the things that push us forward. “I’m moving on through the pain / Waiting on another train,” goes the chorus, which Gauthier’s band fills with upright piano, tremolo guitar and coed background vocals. The real kicker, though, is her voice: warm and lived-in, with all the imperfect, earthy charm of your cousin’s vacation cabin in the mountains.

Christopher Denny, “Our Kind Of Love”

Newly sober after a six-year bender, Christopher Denny wails and warbles this Stax-worthy soul tune like the second coming of Roy Orbison. There are swirls of B3 organ, swells of pedal steel guitar, blasts of brass and even a cameo by the Heartless Bastards’ Erika Wennerstrom, who chimes in during the chorus.

Shot through with the rootsy bounce of Ben Plasse’s upright bass and the trebly thwack of Ricky Skaggs’ mandolin, “Sing a Sad Song” coasts along at a rootsy, relaxed pace. The band’s performance is inspired and unhurried in the same breath, like a late-night picking party that’s just starting to wind down. Produced by Brendan Benson, this is music for front porches, crawfish boils and road trips across the Bible Belt.

A cathartic duet about hightailing it out of the Bayou, “Departing Louisiana” rolls mandolin, harmonica solos, accordion, clip-clop percussion, and acoustic guitar into the same package, capping everything off with Kelly Willis and Bruce Robison’s entwined voices. They’re running away from the heat, the meat-headed college kids and the way life seems to move too slowly in the humid Louisiana air … but not before singing one last song to the Creole State.

With a voice that’s as rawly imperfect and unforgettably pretty as the Deep South itself, Kelsey Waldon turns daddy issues and family secrets into a swooning, sweeping power ballad. Her backup band – staffed with some of the newest, youngest members of Nashville’s all-star session players team – kicks up plenty of slow-moving dust, too, framing Waldon’s croon with layers of pedal steel and Telecaster guitar.

As members of Steve Earle’s touring band, Chris Masterson and Eleanor Whitmore know a thing or two about delivering rootsy country-rock with a political bent. On the title track from the couple’s new album, though, the Mastersons add a double-dose of pop hooks to the mix, a move that keeps their music sunny and upbeat … even when the message threatens to grow a bit dark. 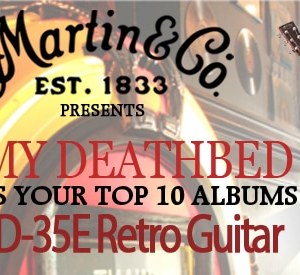 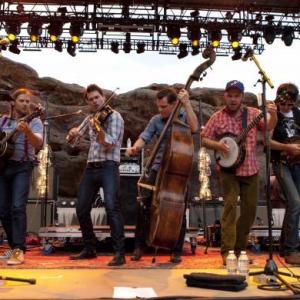