Legendary Pearl Jam frontman Eddie Vedder has a lot to give. Case in point: the singer released a new single, “The Haves,” and dropped a new Audible Original, I Am Mine, from the audio platform’s Words + Music series—all just today (November 18).

“The Haves” is a new acoustic single and the song will appear on the singer’s upcoming solo album, Earthling. The new track, as is signature of Vedder, touches on the human condition, capitalism, and the balance of wanting more and needing balance. Check out the tune below.

For the artist’s new Audible Original, I Am Mine, Vedder unveiled the new long form work today. In the storytelling piece, which is one of among a series from the audio platform Audible, including works with Alice Cooper, Sharon Van Etten, and more, the longtime frontman talks about a number of personal experiences.

Vedder talks about leaving San Diego, California, and traveling up to Seattle to form Pearl Jam; he talks about writing songs (from various perspectives), fame, and more. Check out some excerpts below.

On writing from a woman’s perspective, Vedder says, “I never really realized, I guess until people had mentioned it, that I had written a number of songs about things from a woman’s perspective. I never thought of it any different… I used to read a lot of plays, as many plays as I read books. And Edward Albee was somebody I always read and, in fact, I’d kind of say he was my favorite playwright. He always seemed to address what the women were—not just what they were going through, but what they were thinking.

“So I think, between some of the books and poetry I was reading, and also just so many records that I listened to were all female vocalists, whether it was Bessie Smith, Rickie Lee Jones, Deborah Harry, Kate Bush, Annie Lennox, Chrissie Hynde, it goes on forever. It just seems like truly they monopolize my list of top 10 favorite singers. And also being a fan of the writings of Gloria Steinem.

“And I include Yoko [Ono] in that too, and that balance, you know, John Lennon—there were people that paved the way for a male to write songs about all sexes and genders—Lou Reed and David Bowie. Ray Davies and ‘Lola,’ you know that’s an instance of creating great art that people didn’t even know what you were singing about and it was in the top 10. That is a heroic endeavor in whatever year that was, pre-‘70s. So yeah, there’s nothing remarkable about it. “

Vedder talks about fame, saying, “It did get a little funny, you know, where you couldn’t go to 7-Eleven and get coffee without… it would get crazy. It was like f*cking One Direction or something. It was bizarre. The problem with fame or whatever, and it really is kind of a ridiculous conversation, I mean, it’s real. But you know, to be honest with you, if you can’t handle it, what the f*ck are we doing there in the first place? The thing is, we just didn’t expect it. And I remember after the second record, I got really bad, I just wouldn’t leave the house.

“But there was this malaise. I had this cool house in Seattle, like an old ‘70s Northwest architecture house on an end of a street. And I never thought I’d have a house before and I had a basement and that’s kind of where I spent all my time. And then I started smoking cigarettes and then I’d start spray painting words on the wall, like a hallway would just say ‘happenstance’ and then I’d make sculptures out of duct tape on another wall and I would just never leave.

“I had a pinball machine. I would just stay in the laundry room and play pinball. I wouldn’t see people, I would never go out and I was by myself a lot. But I had typewriters and this little, Italian dentist I got the house from, he put in a little wine room. So I’d sit in this tiny, cozy, little wine room, dark, with a candle and cigarette and a bunch of wine just by myself. It was a weird time. But just never, never going out, that was the way I handled it and I’m probably reclusive by nature and all those years of midnight shifts and all that, I was always awake by myself, no one up, no energy around. I was kind of used to it. It’s like COVID now, you know? You get so used to not going out, it’s like, you may never go out again.”

Vedder talks about a number of personal times in his life. Others include returning back to music after the 2000 Roskilde festival tragedy, and more. 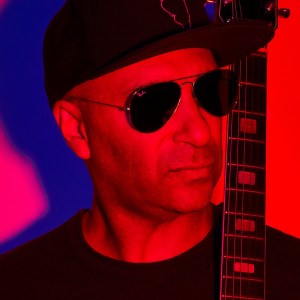