When it all boils down, some music today can be traced back to the four chords and classic shuffles that were coming out over Memphis airwaves in the ’50s. The likes of Elvis Presley, Jerry Lee Lewis, Carl Perkins and Johnny Cash all set the pace for what was to come in the following decades and their influence is still alive and well today.

But every great musician needs a venue and, for those icons, it was the hallowed halls of Sun Studios with the help of their trailblazing steward – Sam Philips.

When Philips first started Sun Records in 1952, his sights were set on breaking down racial divides and getting black artists onto mainstream radio. Though he did eventually bring R & B to white audiences it was through different means than he suspected: a very green Elvis Presley. The King helped put Sun on the map and ushered in a wave of once-in-a-generation stars coming to Memphis for their start.

Flash forward 70 years later, Sun Records is an inimitable institution, synonymous with the very notion of Rock ‘n’ Roll. To celebrate their platinum anniversary, a host of musicians came down to The Gibson Garage in Nashville to play through the iconic discographies of Presley, Lewis, Perkins and Cash, proving that the magic Philips helped create all those years ago has not waned a bit.

Among the billing were Emmylou Harris, Chris Isaak, Tash Neal, Kristian Bush of Sugarland, Benji Shanks of Blackberry Smoke, Hannah Dasher and Megan Linsey. Each of the artists chose a classic Sun song and gave it revamp.

Neal opened up the night with a pair of songs, including The Dixie Cups’ “Iko Iko” while Bush and Shanks took the stage together to perform Roger Miller’s “King of the Road” and Perkins’ “Boppin’ the Blues.”

Dasher came up on stage, bringing “a whole lotta country” and “a whole lotta rock n’ roll” with her for a rendition of Hank Williams’ “Hey, Good Lookin.'” Linsey brought her husband, Tyler Cain, along as she belted out Elvis’ debut single “That’s Alright (Mama),” putting her own spin on a certified classic.

Harris and Isaak closed out the night, first performing a duet of The Everly Brothers’ “Love Hurts,” before Isaak took on “Great Balls of Fire” solo. It was clear the two icons felt very much indebted to the artists that came before them and played both songs with a marked spirit.

Though neither Phillips nor the majority of the “Million Dollar Quartet” is around anymore, with the help of these artists, Jerry Phillips (Sam’s son) and everyone else carrying on the Sun name, their legacy was well-feted last night in Nashville and primed for many years to come. 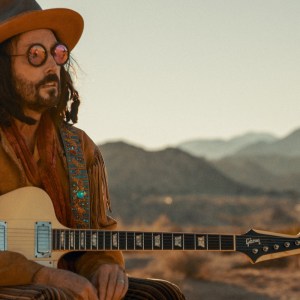 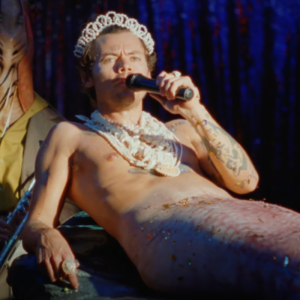