With its direct nod to the Beatles’ politically charged ‘60s anthem “Revolution,” Eric Bazilian’s latest single “Heaven Ain’t Gonna Save Us” tackles the unfortunate polarization present in the world today, assuring us that ‘we the people’ have the answer within ourselves.

The songwriter/vocalist, best known as one of the driving forces in the critically acclaimed Philadelphia band The Hooters and composer of Joan Osbourne’s “One Of Us,” premiered the song on Election Day eve last week.

In lesser hands, the subject matter could make for a one-sided thesis, but Bazilian’s characteristic upbeat optimism, clever analogies and pop music sensibilities elevate the song into a memorable, sing-along chorus of shared blame of both sides. “Heaven Ain’t Gonna Save Us” rocks with an urgent insistence that we are all flying on the same plane and need to put our differences aside and look to each other for a solution.

“There is this divide, this huge gap and polarization,” Bazilian, who splits his time between the US and Sweden, tells American Songwriter. “As long as that’s the prevailing mentality, we’re not going to make any progress. We’re just going to be stuck. At some point both sides have to listen to each other and say, ‘what can we agree on?’”

Bazilian wrote the song the day after Donald Trump won the presidency in 2016, but says the song is equally as relevant now, even post-2020 election.

“The polarization has gotten so extreme and it’s because of social media. You’re not in face to face contact with people. Anyone can write anything, and anyone can believe it. The way people on that side talk about this side and how deluded we are and say, ‘when are you going to wake up?’ I don’t know. Maybe they’re right. Maybe I’m missing something. Or maybe they are. Or maybe we’re all missing something, and we all have to take a step back and a deep breath and forget all that and start over.”

The opening line, ‘the wheels are set in motion,’ was the first line written, Bazilian reveals, and the title came fairly quickly in the writing session. “When I landed on the line ‘everybody’s got so much to talk about,’ that was it. That’s really the essence of the song. The lyric ‘heaven ain’t gonna save us’ is kind of doom and gloom. That’s referring to the faith that people put in another power to save them and guide them. But it’s not some external power that’s going to save us. It’s us. People got the power!”

Musically, “Heaven Ain’t Gonna Save Us” had a completely different feel when Bazilian first demoed the song in 2016. “It had an ‘80s semi-electronic, Fine Young Cannibals vibe, which I had done just for fun.” After putting it aside for a few weeks, he decided the song needed more “testosterone, with a side of estrogen. It had to have an urgency to it.”

“It’s kind of a shameless knock-off of ‘Revolution.’ It was even more so in the first version I recorded. It had all the same elements, but the drums were different. Everything was panned extreme left and right like on the Beatles records. There were fuzzy guitars and it’s in the same key. But it didn’t have the mandola singer/songwriter feel that’s on the final version.”

When he revisited the song this year, Bazilian kept his original vocals and guitar tracks, which were recorded using a Kemper amp. He handled most of the musical instrumentation and recruited friends across the world to add their flair for certain parts. Bazilian’s longtime friend William Wittman, a legendary songwriter/producer/musician who worked with Bazilian on Hooters records, Joan Osbourne and more, added bass in New York, and Roman Ratej, a drummer friend from Slovenia, laid down the drum tracks.

A clever paper animated collage video, directed by Haley Monson, illustrates the topical events, politicians and discourse of the day, and was also inspired by the Beatles. Bazilian connected with Monson through Instagram via a Philly-based act he had originally seen back in 2005.

“It’s funny how the planets line up. There’s an artist in Philadelphia with a band called Jamie and the Guarded Heart. I met him in 2005 when I walked into a bar in Conshohocken, and he and a girl were playing a Hooters song. We stayed in touch for a bit and he recently sent me a new song and video he had released.” Bazilian reached out to Monson, the director for the video.

“I knew I wanted to do a collage video, and I was going to do it myself. I pulled it all into iMovie, which I’m not very good at, and about thirty seconds into the song, I saw his video. I asked him for her name, and I hit her up on Instagram.”

“She had this idea to make it like ‘Yellow Submarine’ style. She does all paper animation, so it’s literally one frame at a time. I let her run with it. All I wanted was an explosion at the end! She had a vision for it.” 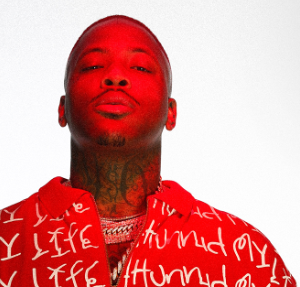 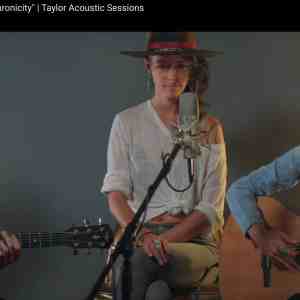