If “We Don’t Talk About Bruno” wasn’t stuck in your head after seeing Encanto, it probably is now. With a salsa-inspired melody and compelling lyrics about the mysterious Bruno, the song is not just an internet sensation, but a chart-topping hit. After debuting at No. 50 on the Billboard Hot 100 in early January, “We Don’t Talk About Bruno” is now in its sixth week on the chart and its second week at No. 1.

Unlike previous Disney mega-hits like Frozen’s “Let It Go” and Moana’s “How Far I’ll Go,” “We Don’t Talk About Bruno” is far from a pop-inspired ballad. The song, written by Lin-Manuel Miranda, is not an empowering solo or a love song that could bring audiences to tears. “Bruno” is plot-centric, with an emphasis on storytelling rather than evoking emotion. In fact, the song does not make much sense outside the context of the movie.

Throughout the song, Mirabelle’s family and neighbors explain why they exiled her long-lost uncle, Bruno. Each character recalls disastrous prophecies that Bruno foretold, from getting married in a hurricane to losing all their hair. In the end, all of the verses are sung over each other, with the characters’ voices and stories coming together in unified chaos—a classic Miranda songwriting technique.

He told me my fish would die
The next day: dead! (No, no!)
He told me I’d grow a gut!
And just like he said… (no, no!)
He said that all my hair would disappear, now look at my head (no, no! Hey!)
Your fate is sealed when your prophecy is read!

So, how did the underdog of the Encanto soundtrack make its way to the top of the charts, and now Top 40 radio?

After Encanto became available for streaming on Disney Plus in late December, “We Don’t Talk About Bruno” took off on social media. The song inspired hundreds of thousands of videos, and even a viral TikTok trend. Although the song was not written to work as a standalone, it is so catchy that the context is not necessary to enjoy it.

Miranda himself admitted that he had no idea “Bruno” would be the song from the soundtrack to take off. Although Encanto snagged an Oscar nomination for Best Original Soundtrack, Miranda chose to submit “Dos Orguitas” rather than “We Don’t Talk About Bruno” for Best Original Song. “I mean no one could have predicted the success of the soundtrack, much less that ‘Bruno’ was going to be the one that popped off,” Miranda says.

Despite its streaming and social media success, radio stations have been reluctant to add “We Don’t Talk About Bruno” into their rotations. However, the song has become such a pop-culture staple that it is becoming impossible for stations to ignore.

Mark Adams, Vice President of CHR Programs for iHeartMedia explained that “Bruno” is tricky to play on the radio because it has a vastly different sound than other Top 40 hits. “There’s a little bit of an artistic nuance to have it effectively staged so it’s not just crashing into The Weeknd,” he says. “But it’s still on the same playlist, because [right now] it’s just this weird moment in time when The Weeknd and Ariana Grande and the Chainsmokers and Lin-Manuel Miranda – they all have really great records.”

On the other hand, Scot Finck, Vice President of Promotions at Disney Music Group, pointed out that radio stations should take advantage of pop culture phenomena like “Bruno.” “You always need audience,” he explains, “and this is the No. 1 song by many measures to deliver that.” He added that because the song is such a rare hit and appeals to all demographics, it is especially beneficial to radio stations.

Ironically enough, everyone is talking about “Bruno,” and its grip on pop culture does not appear to be subsiding anytime soon. 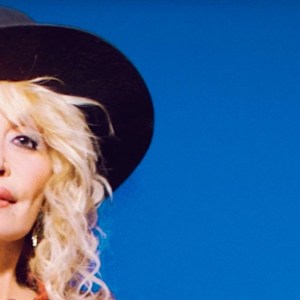 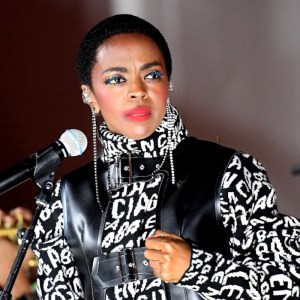