“I was in a toxic relationship and in a very dark place a few years ago and I wondered if I would ever get out of it,” the vocal powerhouse tells American Songwriter in a revealing interview. “Writing this song really took me back there.”

The song is “No Shade,” a somewhat surprisingly upbeat declaration about coming out on the other side of pain and dark times. It’s about finding your strength again. It’s about putting the past behind you. Essentially, it’s about growing up…and Eden says she has done a bunch of that in recent years.

“I truly believe you write your best music when you know yourself…and I finally know myself,” explains Eden, whose First Listen of “No Shade” is premiering exclusively on American Songwriter. “Even as I was writing this song, I remember feeling lighter again. I was starting to come back into my own again. I started getting to know myself better than ever before. I think that’s the reward you get for all the sh** that you go through.”

Written alongside acclaimed songwriters Steven Lee Olsen and Brandon Day, Eden vividly remembers pulling up Zoom for the writing session that would ultimately create “No Shade” with a song title that they all collectively believed could be twisted in any way they wanted.

“The crazy backstory is that most of my songs are love songs because, well, I’m in love,” gushes Eden, who recently went public with her long romance with Nashville music executive Hilary Hoover. “But on this day, my best friend was on her way to the house with a U-Haul filled with all her things because her boyfriend has cheated on her. (Pauses.) You just don’t realize how bad things are until you finally get out. My friend was in that kind of relationship and I have been in that kind of relationship.”

But in the hands of a personally rejuvenated Brooke Eden, “No Shade” began heading in another creative direction, a direction in which someone does not dwell in the pain, but actively finds a way to get on the other side of the storm.

“This song is about not having hatred for someone who has done you wrong,” explains Eden of the song which serves as her first new music in four years. “It’s about finding the sunshine and seeing your light and pulling yourself through a dark time.”

The soulful country sound of “No Shade” is the creation of Eden and producer extraordinaire Jesse Frasure, who has long had a “musical synergy” with the Florida native and has long understood creatively not only where she was coming from, but where she wanted to go.

“I thought for a long time that this sound that I kept hearing in my head might be a sound that would actually never get out of my head and into the real world,” remembers Eden, whose career has included singles such as “Act Like You Don’t” and “Diamonds.”. “But Jesse (Frasure) knew immediately what I was saying and what I was looking for in terms of my sound going forward.”

And yes, going forward, Eden is poised to release a trilogy of songs in the coming months, songs that she says is some of the best music of her career. Because at this very moment, we are getting the best version of Brooke Eden.

“I just feel steadfast in who I am, whereas I wasn’t that way before,” she concludes. “I’m not saying I’m not unshakable completely. I still have vulnerabilities. Everyone does, but it’s a lot harder to get to me. I feel so strong and confident both in my songwriting and my everyday life.”

She takes a deep breath.

“I just hope people can listen to this song and feel that there is hope,” she continues. “I have been in such a dark place, but to see the difference from then to now? Well, there is hope for everybody.” 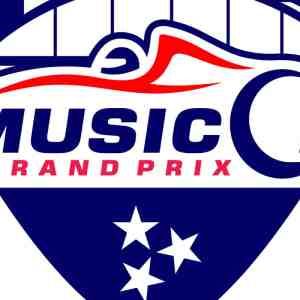 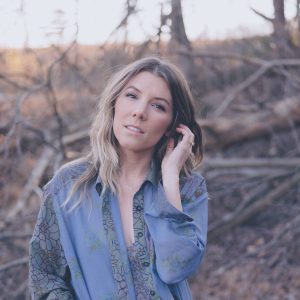