And his sales numbers did even better—so much so that industry insiders believe that the artist’s 1977 album, Bat Out of Hell, could easily land back in the top 10.

According to MRC Data, when the world learned of his passing, his streaming numbers jumped nearly 5,000% but his sales jumped 18,684% and individual track sales rose a stunning 33,793%.

According to Variety, the day before the news of his passing broke, Meat Loaf had 205,666 on-demand audio streams. That number is more than solid. But upon his passing, the figure grew exponentially and his songs were streamed 9,344,181 times.

Meat Loaf was 74 when he died.

News of his death broke on the official Meat Loaf Facebook page.

“Our hearts are broken to announce that the incomparable Meat Loaf passed away tonight surrounded by his wife Deborah, daughters Pearl and Amanda, and close friends,” read the statement. “We know how much he meant to so many of you and we truly appreciate all of the love and support as we move through this time of grief in losing such an inspiring artist and beautiful man. We thank you for your understanding of our need for privacy at this time. From his heart to your souls, don’t ever stop rocking.”

Though no cause of death was revealed at the time of his death, the artist has suffered poor health within the past few years. In July 2011, he fainted on stage during a performance in Pittsburgh, and again while performing in Edmonton in June 2016, the latter reported as a result of severe dehydration.

He is survived by his wife Deborah, and daughters Pearl and Amanda. 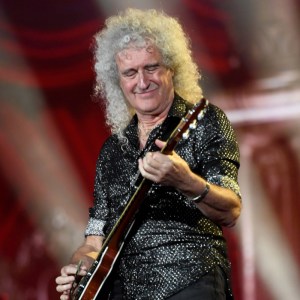