Garth Brooks Stadium Tour stop in Music City has been a long time coming. In fact, fans have been waiting for this moment since the summer of 2021.

Last July, Brooks canceled his Nashville concert at the Nissan stadium due to inclement weather. Yet thousands of concert-goers had already arrived by the time the show was canceled, which meant that fans trekked home in the pouring rain. Brooks and his team refunded over 71,000 tickets from that night.

And in April 2022—almost a year later—73,000 fans came back. We came back to hear the country singer that has a hold on our hearts.

The rescheduled Stadium Tour was a double whammy, too. Brooks kicked off the spring weekend on a Friday night, April 15, and then packed the stadium even tighter the following Saturday night. On the second night, fans adorned in cowboy hats and boots arrived en masse to eagerly await the start of the country singer’s set. Lined up in the Titan’s stadium, fans turned to each other in anticipation and asked if their fellow concert-goer had been there for the “rain out,” the canceled show.

Then, shortly after 8 PM CST, Brooks rose up from below the stage into an eruption of energy.

Early on, Brooks played hits like “The Beaches of Cheyenne” and “Two Piña Coladas.” Brooks also paused once to declare that this concert was his “second chance at a once in a lifetime opportunity.” Almost moved to tears on a few occasions, Brooks thanked the Nashville fans for their dedication, and more importantly, for singing all of his songs back to him.

Then, in a perfectly punny moment, Brooks introduced the country staple “The Thunder Rolls” in a cheeky reference to the rain out. “Nashville, make no mistake,” he said, “the thunder will roll.” And the lightnin’ strikes. Brooks also gave nods to his many country influences, including the Nitty Gritty Dirt Band with a cover of “Fishin’ in the Dark.”

Other songs like “Unanswered Prayers,” “Much Too Young (To Feel This Damn Old),” and “Calling Baton Rouge” were played by Brooks and his band. Yet, the highlight of the concert and the peak of the fan frenzy was of course, “Friends in Low Places.” Brooks stretched out the song while everyone in the audience sang along. Following “Friends in Low Places,” was an equally epic performance of the more emotional “The Dance.”

The night never seemed like it would end, and Brooks even told the crowd he “could do this all night” more than once. But as the show was wrapping up, a poster from a young fan caught Brooks’ eye. The singer read the poster, signed it, then sang a duet of “Standing Outside the Fire” with the fan, whose name turned out to be Charles.

Brooks then finished his two-hour set with a few covers and shut it down with a rendition of “American Pie.”

And when the lights did finally come back on, fans milled out of the stadium still stunned with admiration…and dry, too. 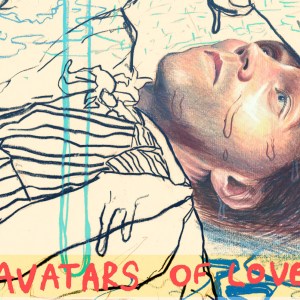