Kid Rock has had his fair share of high-profile relationships in the past. In fact, in 2004, he briefly dated “My Name Is Earl” star Jamie Presley. Then, in 2006, he married his now ex-wife, Pamela Anderson.

But, his current love connection with Audrey Berry is hardly ever in the spotlight. And that’s because the famous rocker has decided to keep his love life with her low-key.

RELATED: Kid Rock pays a country tribute to Tennessee in this rare performance

However, these days, it’s difficult for Kid Rock to keep his relationship private, as he is now engaged to Audrey.

Earlier this month, Rare Country shared that the 46-year-old “Cowboy” singer proposed to his girlfriend of more than 10 years. The engagement news, which was first reported by The Detroit Free Press, came after fans spotted a diamond ring on Audrey’s finger while attending Kid Rock’s 2017 Chillin’ the Most cruise. You can see photos of the rock on Audrey’s hand here.

Now that Kid Rock is planning to tie the knot with Audrey, it’s easy to want to know more about her. Who is she? How did the couple meet? And, how did she win the sexy rocker’s heart? Luckily, we know a few things about the mystery gal and bride-to-be!

According to People Magazine, Audrey and Kid Rock met in suburban Detroit, shortly after he divorced Pamela. The brunette beauty also hangs around her man’s concerts, where she’s a recognizable face to his loyal fan base.

Audrey is also the inspiration behind one of Kid Rock’s songs. The track, which appears on the rocker’s 2015 “First Kiss” album, is titled “Johnny Cash” and includes the sweet lyrics, “I like the way you hold my hand/ And play just like my baby grand/ I like how you don’t give a damn/ And love me just the way I am.”

Turns out that Kid Rock’s fiancée is also an avid outdoorswoman. She also loves to cozy up to Kid Rock, while binge-watching “The Blacklist” and other shows on The Hunting Channel.

We hope to learn more about Kid Rock’s lucky lady in the near future. And, we cannot wait to find out more details about their wedding. 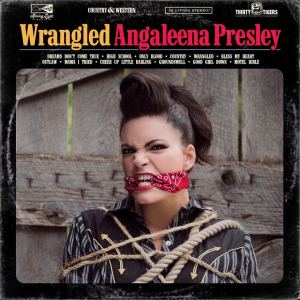 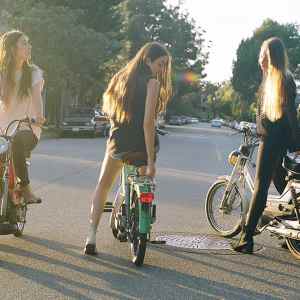