Nashville-native Jenny Tolman attempts to put an end to finger-pointing and virtual feuds amidst unmatched socio-political tension with her new single, “Invent A T-Shirt.” The emerging artist’s humor and candor prove her wise beyond her 24 years as she connects with a broad audience with an urgent message.

“We wrote this because I think we all need to stick a pin in our tension balloons and take a second to laugh at ourselves,” she says about the song she wrote with Dave Brainard and Bill Whyte.

The song follows her debut album, There Goes the Neighborhood, released last July. The collection is a concept album of ‘tall tales’ about one-of-a-kind personalities that live in “Jennyville.” Entering the Billboard Country sales charts at No. 25, her entrance was undeniably booming. However, just a few months in, the global pandemic brought her momentum to a screeching halt.

“We’ve been sitting here and quarantine and trying to figure out how to revive stuff and keep it going,” explains the artist.  So much of it just felt very uncomfortable because there’s so much discord happening in the world, and it felt very like an inappropriate time to promote myself.”

As time passed, she considered that the song was less of self-promotion than a timely, universal wake-up call. Taking cues from the likes of Shel Silverstein and her hero, Roger Miller, she tells a story in a way that resonates, landing with humor in a moment of spiteful division.

“They have this way of telling stories that are enlightening, but they make them so humorous that it’s very accessible,” says Tolman.  I began to think if I can make people laugh, which is what I love most, I can make them feel comfortable. And then once they’re comfortable, they’re way more open to listening to what you have to say and the actual message of the song.”

The more she thought about timing, the more evident the song’s fitness became. In a time of unparalleled polarization and general animosity, “Invent A T-Shirt” feels like a breath of fresh air.

She sings, “Now I’m all about folks speaking their mind / Or putting something clever on a picket sign / But speaking that mind requires for you to at least have one. But more importantly, we all could start / Looking at the world with a grateful heart / And eat the good apples and just toss out the bad ones.”

Tolman compared the ever-building tension during this period of isolation, like a text message argument that could be more easily resolved face-to-face.

“It’s all building up because we haven’t seen each other very much,” she offers. “I think it’s time for this song to come out because this is my comedic relief to the world right now.

Watch the exclusive premiere of Jenny Tolman’s lyric video for her new single, “Invent A T-Shirt” below. 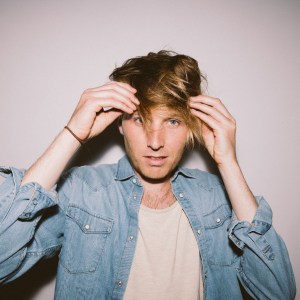 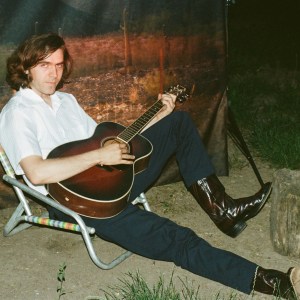