Video uses original animation from the 1938 Merrie Melodies cartoon “Katnip Kollege,” for which the song was written

LOS ANGELES, CA – May 22, 2020 – James Taylor debuted the video for “As Easy As Rolling Off A Log,” a track from his critically acclaimed new album American Standard, during the sixth annual “Red Nose Day Special,” which aired last night on NBC.

The two-hour primetime event — which raises awareness and critical funds for children who are living in poverty around the world – also featured appearances by Blake Shelton, Gwen Stefani, Lilly Singh, Steve Martin and The Steep Canyon Rangers, Sam Smith, and Mandy Moore among others.

“As Easy As Rolling Off A Log” was written by M.K. Jerome and Jack Scholl, and first appeared in the 1937 football film Over the Goal. James discovered the song as a kid when it was featured in the 1938 Merrie Melodies cartoon Katnip Kollege. James’s version is the first time a cover of the song has ever been released and the video cleverly utilizes Warner Bros’ original Katnip Kollege animation, click HERE.

Last week, Taylor and his son Henry performed another classic from American Standard, a touching rendition of “Moon River” on NBC’s The Voice, where Taylor served as the season 18 “Mega Mentor.”

The week prior, he opened The Voice’s remote performance show with a moving rendition of his beloved anthem “Shower the People” joined by the remaining contestants who he mentored during the Knockout Rounds. To watch, click HERE.

James also recently appeared on The Tonight Show starring Jimmy Fallon to perform his very own heartwarming classic, “You Can Close Your Eyes” along with his son Henry and wife, Kim.  To watch the performance, click HERE.

On his new album, American Standard, James Taylor infuses new sounds and fresh meaning into some of the 20th century’s most beloved songs. Released in February via Fantasy Records, it features the legendary singer-songwriter’s warm, one-of-a-kind vocal ability and incomparable musicianship. The album was met with glowing reviews and major chart entries in the US and overseas including on Billboard‘s Top 200 Album chart where it entered at #4 and on the Top Album Sales, Top Rock, and Top Americana/Folk charts where it debuted at #1. The collection also had impressive chart debuts internationally landing at #1 on the Canadian chart and #11 in the UK. American Standard is Taylor’s 13th Top 10 album overall and with it, he becomes the first artist ever with Top 10 albums in each of the last six decades.

Taylor also recently released his first-ever Audible Original memoir titled Break Shot: My First 21 Years. Produced by veteran music journalist Bill Flanagan, the deeply personal and authentic memoir illuminates the deep connection Taylor has with the songs on American Standard, and also takes listeners through the triumphs and traumas of his childhood and difficult family life. American Standard is available in a variety of formats including a limited edition 180-gram 45 RPM double LP. Watch the album trailer: HERE. Listen to and buy American Standard HERE.

As a recording and touring artist, James Taylor has touched people with his warm baritone voice and distinctive style of guitar-playing for more than 50 years, while set ting a precedent to which countless young musicians have aspired. Over the course of his celebrated song writing and performing career, Taylor has sold more than 100 million albums, earning gold, platinum and multi-platinum awards since the release of his self-titled debut album in 1968. In 2015, Taylor released Before This World, the first-ever #1 album of his illustrious career.

Taylor has won multiple GRAMMY Awards, has been inducted into both the Rock and Roll and the prestigious Songwriters Halls of Fame and in February 2006, The National Academy of Recording Arts and Sciences selected him its MUSICARES Person of the Year. Taylor was also awarded the distinguished Chevalier of the Order of Arts and Letters by the French government and the National Medal of Arts by President Barack Obama in 2012. In November of 2015, Taylor was presented with the Presidential Medal of Freedom, the Nation’s highest civilian honor and in December of 2016 he received the Kennedy Center Honors, which are presented annually to individuals who have enriched American culture by distinguished achievement in the performing arts. 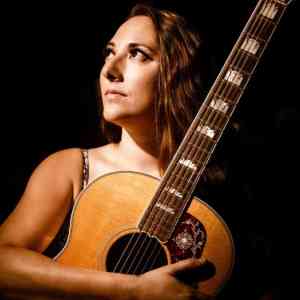 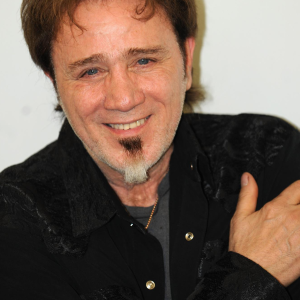