Our deep thanks to Joe Henry for sharing his memories of Bucky Baxter. Bucky died on Monday, May 25, 2020, in Sanibel Island, Florida. He was born in Melbourne, Florida, and played guitar, pedal steel, mandolin and more with many artists, including Steve Earle, Bob Dylan and Joe Henry.


In 1995, I had a hit a bit of a wall, creatively-speaking: the album I had most recently released, Kindness of the World, had left me demoralized and with a dire feeling about my future prospects as a recording artist, given that my ambitions for that project were confounded by my naive inability to realize them in the studio.

Since the beginning, I had been gathering friends for sessions that were, in essence, live performances delivered into the quiet vacuum of otherwise empty and windowless rooms ––and that’s how they began to sound to me. I was staging live theatre, I now see, when, by this analogy, I truly aspired to be a filmmaker. I no longer wanted to be Ernest Tubb, I mean, but Luis Bunuel… Orson Welles; wanted to steer myself wide of what could merely be played into the room in favor of the drama that is articulated by illusion and by the freedom of affectation in the best sense of the word.

One day while playing racketball at the Glendale Y with the great recording engineer, Patrick McCarthy –-who had come to America as a teen under the auspices of U2–– I heard myself say out loud that, if I couldn’t discover a new way of working, I reckoned I might just be finished.

I didn’t know that this is what I believed; but I heard it as truth upon my utterance; and I lost the day’s match badly, my mind spinning, like the ball, just beyond my command and reach.

Patrick invited me into a collaboration that was a turning point for me in many respects: he encouraged me to take a piece of my recording budget from Atlantic Records and set myself up with a small studio in my garage in Atwater Village; and as I did, I began to piece things together from fragments that felt both disembodied and yet magical to me, chasing what would ultimately become an album called Trampoline.

At a point, as Patrick and I stretched deeper into the process together, we moved to a local studio called Sonora Recorders that was both humble and perfect, walking distance from my home; and we began to invite musicians to join us, one at a time, to see just how they might re-arrange the furniture and change my perspective.

We had plans to knock off early one night and go see Bob Dylan perform at the Pantages Theatre in Hollywood; but notioned in the early afternoon that Patrick’s pal, Bucky Baxter ––who was playing pedal-steel in Bob’s band–– might be willing to jump ship after their early soundcheck and join us for an hour or two.

I envisioned him playing on a song, and that it would be a subtle adornment to the strange orchestral moods we had been gesturing toward; but in fact, what Bucky offered in a couple of brisk hours was to be the sonic equivalent of a suspension bridge, wherein he spoke the language of my earlier incarnations, but used it not to talk me off the ledge, but rather farther out onto it. He made sense of the leap I was willing to make: allowing me to acknoweldge the world out of which I’d crawled, but in a way that gave agency to the songs that had clearly run out ahead of me.

As quickly as he had arrived, we watched Bucky disappear through the stage door of the Pantages, and just in the nick of time. From my seat in the balcony, I watched, then, as he helped take another wayward yet more evolved soul out along the wires of a bridge that rose from the earthy banks of muddy water up into the bright clear air where, somehow, everything now seemed possible. 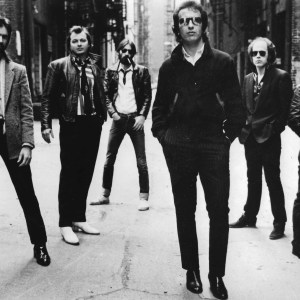 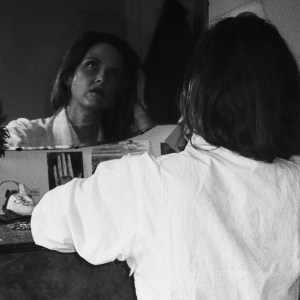