Back in February, folk-punk singer-songwriter Matthew Ryan released the benefit single “An Anthem For The Broken” in an effort to help his friend John Anderson deal with the financial burdens brought on by his struggle with ALS disease. All proceeds raised from the song’s sales were directed toward John and his wife Amanda. The following is a letter John penned thanking everyone involved in the campaign.

Ever since the “An Anthem For The Broken” benefit campaign launched in late February, I’ve been trying to find the words to adequately describe how grateful Amanda and I are for the overwhelming response to our friend Matthew Ryan’s call to arms on my/our behalf.

The truth is that the words simply don’t exist to adequately express our gratitude to each and every person/website/blog/radio program that has donated and/or helped spread word of the campaign.  A mere “thank you” certainly won’t suffice (although we are incredibly thankful), but in an effort to properly amplify the expression of our appreciation, this is what I’ve managed to come up with:

Supporters of the campaign – which has generated an outpouring of literally worldwide support – may not have realized it, but they were not only contributing their precious time, talent, and/or money.  Let’s pause to talk about the money for a moment though, because it’s important to understand that we’re talking about a sum of money which covered the entire cost of a wheelchair ramp (and significant related construction/installation costs), and is now going towards helping relieve our share of the cost of having had to completely remodel the bathroom to be fully accessible.  This financial aspect of supporters’ generosity alone would be challenging enough to properly address in terms of a “thank you,” but here’s the thing: It’s not only those generous financial contributions for which I’m thankful.

You see, for this lifelong rock and roll disciple, the response from the music community has permitted me to feel connected to the universal “mass mind” (and “shared” heart) of music-minded people around the globe in a way that I’ve never before experienced.  Do you want to know what that sensation feels like?  Let me put it this way: It generates as much of a thrillingly electric charge as, for example, hearing your favorite band playing your favorite song through amps and speaker stacks so large that they’re sure to blow the dome off of a football stadium.

Which is a much longer way of saying that the response from the rock and roll community (and beyond) feels a whole lot like love.

Quite frankly, since this campaign was initially proposed (via a text message from Matthew which, unbeknownst to him, was received literally as I was about to undergo ALS-related surgery in mid-February), it’s felt like I’ve been crowd-surfing on the wings of angels. Cheers to all involved for lending me your wings.

(And because it simply must be said: That I am in any way associated with the first single from what promises to be an incredibly powerful (and rockin’!) new Matthew Ryan album is truly a great honor.  That I am associated with it in a manner whereby everyone who comes across it will see that Matthew is as selfless an individual and as true a friend as he is a monumentally talented artist, and that the song in question is among the finest of his career?  Well, I believe that the apt descriptor for being associated with “An Anthem For The Broken” in such a manner is “an embarrassment of riches.”)

So that’s my attempt to express Amanda’s and my inexpressible gratitude.  If you’ve made it this far, thank you for reading, and thank you for your support.

I never could have dreamed that Matthew Ryan would launch a song-based campaign to raise funds to help my wife Amanda and I cope with the financial challenges that my battle with ALS has brought on, but dreaming of meeting – and having a conversation with – Bruce Springsteen?  That’s a long-held dream.

On April 12 in Virginia Beach, thanks to the efforts of many dear friends on my behalf, the dream came true.

Just prior to his (amazing) show that night, Amanda and I were joined by friends for a tour of the backstage operation – and even of the stage itself – which was incredibly cool.  What was beyond cool was the unexpected “encore” of meeting the man himself, and finding him to be every bit as warm and genuine in person as any fan could hope.

All of which goes to show: If you “have a little faith, there’s magic in the night.” 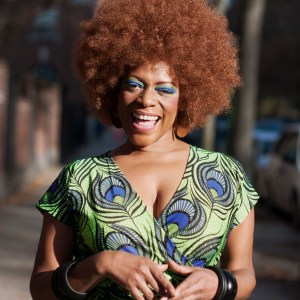 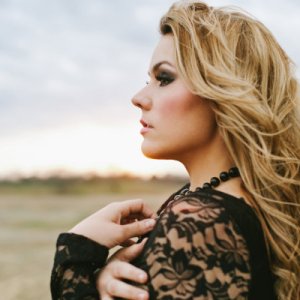