At the start of his North American tour and at his headlining set at Glastonbury festival, Paul McCartney performed a “duet” with the late John Lennon on “I’ve Got a Feeling.”

The virtual duet was made possible due to isolated vocals courtesy of Get Back director Peter Jackson. At the shows, McCartney said of the special performance, “One day, Peter Jackson rings me up and says he can take John’s vocals and isolate them so that you can play live with John on tour. He said, ‘Do you fancy that?'”

McCartney continued, “That’s so special for me man. I know it’s virtual, but come on – it’s John. We’re back together.”

A video of Lennon singing the song from their iconic rooftop ’69 concert was projected onto the screen behind McCartney as he wailed out the Let It Be track. See a clip of the performance below.

Lennon’s son, Julian, has since spoken out about the “duet” in an interview with Daily Mail, expressing his initial reservations. He admitted he was “shocked” when he first saw the performance but by the time of the Glastonbury set he “actually enjoyed it.”

“I watched it on YouTube — and I kind of went: ‘Errrr… I don’t know if I’m comfortable with that,” he said, adding: “It shocked me.”

He went on to add that it was tough to see his father “brought to life” in that way but began to warm up to the idea as time has gone on.

Earlier this summer, Julian also paid homage to his father by recording an official cover of “Imagine.” The proceeds of the cover went on to be donated to Ukrainian refugee relief through Lennon’s nonprofit, The White Feather Foundation to Global Citizen.

Peter Jackson’s three-part film, Get Back, which came to Disney+ in November 2021, focuses on the making of the band’s final studio album Let It Be. The penultimate moment comes from the rooftop concert in which the isolated vocals were taken.

Watch the performance in full below. 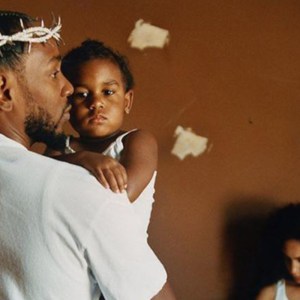