Justin Bieber has sold his share of the rights to his music to Hipgnosis Songs Capital for more than $200-plus million.

Hipgnosis now owns 100 percent of Bieber’s interest in his publishing copyrights, including the writer’s share of performance and master recordings, as well as the neighboring rights of his entire back catalog, which is comprised of more than 290 titles released before December 31, 2021.

The deal includes shares of Bieber’s publishing and recorded music catalog, from his first single “One Time” in 2009 and his debut album, My World 2.0 with hits including “Baby,” “Sorry,” and “Love Yourself,” to his most recent album, Justice, released in 2021.

Bieber, whose songs have streamed more than 32 billion times on Spotify, alone, is the youngest solo artist to ever have eight No. 1 albums—a record previously held by Elvis Presley since 1965—in addition to topping the Billboard Hot 100 chart with eight singles throughout his career. He is one of the best-selling artists of all time with an estimated 150 million records sold worldwide. He’s also the first artist in history to hit No. 1 on seven different charts, including R&B, Latin, Dance/Electronic, and Country.

“The impact of Justin Bieber on global culture over the last 14 years has truly been remarkable,” said Merck Mercuriadis, founder and CEO of Hipgnosis Song Management, in a statement. “At only 28 years of age, he is one of a handful of defining artists of the streaming era that has revitalized the entire music industry, taking a loyal and worldwide audience with him on a journey from teen phenomenon to culturally important artist. This acquisition ranks among the biggest deals ever made for an artist under the age of 70.”

Scooter Braun, Bieber’s longtime manager and CEO of Hybe America, added: “When Justin made the decision to make a catalog deal we quickly found the best partner to preserve and grow this amazing legacy was Merck and Hipgnosis. For over a decade now Justin Bieber has entertained us and moved us with some of the biggest songs in the world. I’m so proud of him and all those involved over the years in helping amass this incredible body of work. Justin is truly a once-in-a-generation artist and that is reflected and acknowledged by the magnitude of this deal. For 15 years I have been grateful to witness this journey, and today I am happy for all those involved. Justin’s greatness is just beginning.” 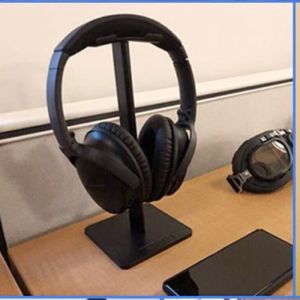