Few writers in the past fifty years have made as much of a mark on the landscape of popular music as the non-fiction author Chuck Klosterman.

In his career, Klosterman has worked for outlets such as Spin, Esquire, The New York Times Magazine, and The Ringer (as well as ESPN). But he is perhaps more widely known for his books of essays, like his seminal Sex, Drugs, and Cocoa Puffs. In 2002, Klosterman was also awarded the ASCAP Deems Taylor award for his music criticism.

Klosterman, who has authored more than a dozen books and is a New York Times Best Selling writer, is releasing his latest tome tomorrow (February 8): The Nineties. As such, what better way to celebrate that achievement than to ask the man, the myth, the legend about his favorite albums from that memorable musical decade.

So, that’s exactly what we did. And without further ado, here are Chuck Klosterman’s Favorite Albums From The 90s.

20. EPIPHANY IN BROOKLYN (1992), Brenda Kahn: There’s probably some sentimentality attached to this selection. It’s impossible for me to separate my current appreciation of the material from the experience of listening to it originally. I had an inscrutable friend who loved this record even more than I did, and she would write me long handwritten letters quoting lyrical passages from its various songs, along with interpretations of how those lyrics related to her life and our friendship. But then I suddenly lost track of this person and wondered why she stopped returning my calls. It turns out she got cancer and didn’t want anyone to know she was dying, and I only found out about this after she was already dead. Now I play this record and imagine she is still alive.

19. SUMMERTEETH (1999), Wilco: My all-time favorite Wilco song is “I’m Always in Love,” which used to be the only track on this disc I fully enjoyed. But now it’s the Wilco release I listen to the most, and the qualities Jay Bennett added to the soundscape have become a lost reality that detaches Summerteeth from every other release in their catalog.

18. IT’S A SHAME ABOUT RAY (1992), The Lemonheads: It’s funny to recall how people of the nineties (myself included) underrated Evan Dando as a songwriter simply because he was good-looking in such a straightforward way.

17. ELASTICA (1995), Elastica: Elastica was always the easy example of a band who made one unassailable album and then brilliantly disappeared until they made another album in 2000 that kind of seemed like lazy sarcasm. This debut was also a critical element within the era of mixtapes, as “All-Nighter” is only one minute and 32 seconds long, which was ideal if you had just a little bit of space leftover on the A-side.

16. BETTY (1994), Helmet: The loudest concert I ever attended was Type O Negative, but the second loudest was Helmet and the third-loudest was Helmet’s soundcheck before that show. As I look over this list, I recognize how strange it was that I didn’t listen to much heavy music during the nineties that wasn’t recorded in the seventies. Helmet was an exception. The other key exception was Alice in Chains, although that lyrical experience was quite different. Helmet seemed to constantly lecture me about how I wasn’t using common sense and that I needed to distrust the motives of my closest friends, while Alice in Chains merely tried to convince me to sit in an oversized chair and try heroin. I guess I can see the logic either way.

15. FEAR OF A BLACK PLANET (1990), Public Enemy: I fearlessly played this on a Sony Walkman while walking around the campus of the University of North Dakota, an exceptionally unblack planet.

14. SPACEHOG (1994), Spacehog: It was difficult to find good glam when Bill Clinton was president. It was basically Mechanical Animals, the vibe on “Celebrity Skin,” two or three songs off the Velvet Goldmine soundtrack I can’t remember, and this underappreciated album from two British brothers who ate a lot of Chinese food.

13. USE YOUR ILLUSION I & II (1991), Guns N’ Roses: This is technically cheating (because it’s two albums), but I bought them on the same night and I think almost everybody views this as a double album that was bifurcated for wholly egocentric reasons. I used to like the short songs but now I prefer the long ones, particularly “Locomotive (Complicity),” though I’m still unsure what I’m being complicit with.

12. SUPERUNKNOWN (1994), Soundgarden: Sasquatchian riffage, astonishing studio production, and (of course) highly professional singing. The only songs I don’t like are the ones everybody else remembers, although I suspect I’d love “Spoonman” if it wasn’t about a man playing with spoons.

11. NEVERMIND (1991), Nirvana: Hard to think of this album as an “album,” in the same way its hard to think about Moby Dick as a book about whale hunting.

10. BANDWAGONESQUE (1991), Teenage Fanclub: In 1991, Spin magazine named Bandwagonesque as its Album of the Year, with Nevermind coming in at #2. This somehow became an evergreen embarrassment for the magazine, and when I worked there in the early 2000s (when we were still putting Kurt Cobain’s corpse on the cover once a year), there was a vague, unspoken sense that this ill-fated decision wasn’t something we were even supposed to joke about. But you know what? I think they were right in 1991, assuming you only focus on the songs and pretend that society doesn’t exist.

8. AUTOMATIC FOR THE PEOPLE (1992), R.E.M.: This strikes me as the best R.E.M. record by a wide margin, although I say that as someone who never listened to R.E.M. in the 1980s. If that hadn’t been the case, I’d (possibly) view this album as an interesting acoustic experiment. But due to the experience I did have, it represents what I want most from this group. They are craftsmen, and their craft is the manufacturing of ambivalent emotion.

7. LITTLE EARTHQUAKES (1992), Tori Amos: I could justify placing this at the top of the list. It certainly has the highest percentage of truly memorable moments (the microphone placement on “China,” the playfulness of the piano on “Happy Phantoms,” the awkward horror of “Me and a Gun,” etc.). I suppose some of Tori’s ideas that once seemed revelatory now scan as obvious and collegiate, but I was in college and I was obvious.

6. LOVELESS (1991), My Bloody Valentine: The rare example of someone imaging a record that had never before existed, and then making that record exist in a manner that usurped his own imagination.

5. FIRST BAND ON THE MOON (1996), the Cardigans: I’ve listened to this album for 26 years, always waiting for one of these songs to seem worse than I remember. It never happens. I almost don’t understand it.

2. THE SOUND OF MUSIC BY PIZZICATO FIVE (1995), Pizzicato Five: Some may quibble with the inclusion of a compilation, but the sheer number of supernaturally perfect pop songs on this anthology will bewilder me until I die. And when I say “perfect,” I literally mean perfect—I don’t know how this material could possibly be improved, even if the band had unlimited resources and access to technology that has yet to be invented.

1. EXILE IN GUYVILLE (1993), Liz Phair: There are many persuasive ways in which I could explain why this is my favorite record of the nineties, but the main reason is that—somehow—it feels obvious. I will certainly concede that “Smells Like Teen Spirit” is the defining sonic artifact of the era, and nothing will ever be more historically evocative than that song. But these Liz Phair tracks were the texture of the nineties—what it was to be there and how it felt at the time. Once, it was an excellent record with deadpan insights. Now it’s a psychosomatic time machine. 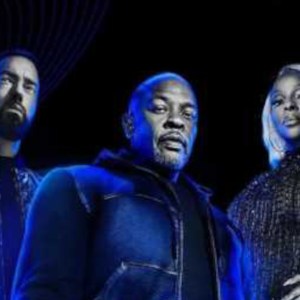