The 33rd Annual Hispanic Heritage Awards will be broadcast on PBS, October 6, 2020.

The Hispanic Heritage Foundation (HHF) today announced that ten-time Grammy winner and Rock and Roll Hall of Fame member Linda Ronstadt will receive the Legend Award and be honored with a special musical tribute during the October 6th PBS broadcast of the 33rd Annual Hispanic Heritage Awards.

The Award and tribute performance will be presented by AARP who returns as the Legend Medallion sponsor.  Linda Ronstadt will join Bad Bunny (Vision Award), Selena Gomez (Arts Award), Jessica Alba (Business Award), and America’s essential farmworkers (Heroes Award) on the telecast – with performers, host and tributes set to be announced over the next two weeks.

“The Hispanic Heritage Foundation is absolutely honored to recognize the amazing Linda Ronstadt with the Legend Award,” said Jose Antonio Tijerino, President and CEO of HHF.

“Linda has boldly taken chances throughout her remarkable career jumping across genres, culture and gender barriers, by leaning on her powerful voice, indefatigable spirit, and work ethic.  Linda represents so many things to so many people and we’re proud to know that she carries her Mexican and Latino heritage as a source of inspiration.  Her legacy continues to this day through younger singers and will for generations.  We are thrilled to partner with AARP to celebrate Linda and the other 2020 Honorees with all of America during the PBS broadcast during Hispanic Heritage Month.”

Linda Ronstadt is one of the most artistically diverse recording artists of the last 50 years, and a pioneer in stretching the boundaries of popular music.

After making her mark as the top-selling female rock artist of the 1970s, she has branched out into almost every area of music, from her starring role in Pirates Of Penzance on Broadway, to her multi-platinum renditions of the Great American Songbook with Nelson Riddle; and from her hugely successful country albums with Emmylou Harris and Dolly Parton, to her ground-breaking interpretations of the great mariachi classics in Canciones de mi Padre.

Along the way, she has sold millions of CDs and won numerous awards, including a dozen Grammys.

Throughout her long career, Linda has been also been active in education and community affairs. She has served as the Artistic Director of the San Jose Mariachi and Mexican Heritage Festival in Northern California, where she helped transform the event into a vibrant three-day celebration of Mexican-American music and culture.

She is equally passionate about music education in America’s schools – her testimony before the United States Congress on the importance of music education made a profound impact throughout the country.

“Linda has boldly taken chances throughout her remarkable career jumping across genres, culture and gender barriers, by leaning on her powerful voice, indefatigable spirit, and work ethic .“

In 2011, Linda received a special Latin Grammy for Lifetime Achievement, followed by her 2013 induction into the Rock and Roll Hall of Fame and the release of her autobiography, Simple Dreams, A Musical Memoir, which made the New York Times best-seller list and kicked off an extensive book tour.

Linda’s unrivaled career has continued to be recognized with many of our country’s highest honors, including President Obama’s 2014 presentation of the National Medal of Arts at the White House, a 2016 special Lifetime Achievement Grammy Award, and last’s year emotional tribute at the 2019 Kennedy Center Honors.

Throughout these recent years, Linda has also continued to delight fans with very special events and releases such as her 2014 to 2018, highly-acclaimed one-woman show, A Conversation with Linda Ronstadt, and the 2019 arrivals of Linda Ronstadt – Live in Hollywood, (her first and only live concert album, recorded on April 24, 1980), and the highly-acclaimed documentary Linda Ronstadt: “The Sound of My Voice.”

“Linda, through her art and her advocacy, has inspired not just older adults, but people from all ages and backgrounds to pursue their goals,” said Yvette Peña, Vice President of Hispanic/Latino Audience Strategy at AARP.

“We celebrate her and all of this year’s honorees because they use their talents to make a positive impact on the Hispanic community and help people of diverse backgrounds feel empowered — at any life stage.”

The Hispanic Heritage Awards were created by the White House in 1988 to commemorate the establishment of Hispanic Heritage Month in America and is among the highest honors by Latinos for Latinos and supported by 40 national Hispanic-serving institutions.

In keeping with current COVID-19 mitigation guidance and with the safety of participants in mind as well as the increased impact the pandemic has had on communities of color, the Hispanic Heritage Awards and PBS broadcast will not include a live ceremony. Instead, it will feature intimate filmed performances and Honoree segments shot on location across the United States and Latin America.

About the Hispanic Heritage Foundation

AARP is the nation’s largest nonprofit, nonpartisan organization dedicated to empowering people 50 and older to choose how they live as they age. With a nationwide presence and nearly 38 million members, AARP strengthens communities and advocates for what matters most to families: health security, financial stability and personal fulfillment. AARP also produces the nation’s largest circulation publications: AARP The Magazine and AARP Bulletin.

To learn more, visit www.aarp.org or follow @AARP and @AARPadvocates on social media. 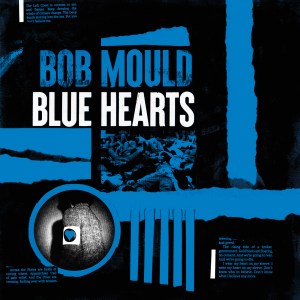 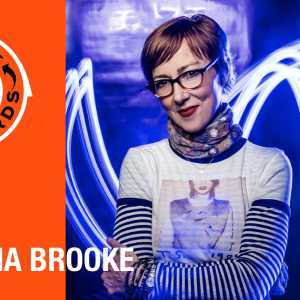