“I can’t imagine a time when stuff like Korn and Limp Bizkit and Deftones and Drowning Pool was Top 10.” Mike Shinoda is reminiscing on another time, the year 2000 when Total Request Live, or TRL, was the pop music mecca of MTV, and where artists Shakira, Britney Spears, and Christina Aguilera made their debuts. Then, Linkin Park came on.

“I didn’t like most of the music that was on the show,” revealed the Linkin Park frontman during a recent interview on Loud and Sad Radio with Pete Wentz on Apple Music Hits. “When I saw stuff like us start to get played on it, I was like, ‘This is really weird.’”

Remembering host Carson Daly talking over hysterical fans on the show, Shinoda says TRL was a surreal moment in time for the band.

“You’ve got Carson Daly talking over people who are literally screaming and crying… and he’s like ”We’ve got Brittany coming up next, then Linkin Park is going to join us in the studio,’” says Shinoda. “We show up and again it’s this screaming and the crying. There’s never been another time like that… [it’s] just weird that that became so popular.”

Reminiscing on the past 20 years, Shinoda also broke down the events leading to Linkin Park’s 2004 collaboration with Jay-Z on Collision Course.

MTV initially reached out to Jay-Z’s camp suggesting a mashup and asked him who he wanted to work with on the project, and he said “Linkin Park.”

“The very first thing I did is I sent three mashups to Jay and his text response back was, ‘Oh, shit… we’re going to take this further,'” remembers Shinoda. Their initial union turned into the six tracks on the collaborative album Collision Course.

Today, Linkin Park are working on a new album, a follow up to One More Light in 2017 and released singles “She Couldn’t” in 2020—a track included on the 20th anniversary of the band’s debut, Hybrid Theory— and a remix of the 100 gecs track “One Step Closer” earlier this year.

Working between his two worlds, Shinoda also released his new single “Happy Endings,” a track written during his first-ever Zoom writing session and a follow up to three-volume release of Dropped Frames in 2020.

“The first line in the song is ‘This last year was a shit show,’ because I literally said that,” says Shinoda. “We were in November and this was before it become very commonplace for everybody to be like ‘2020 is the worst year. Thank God it’s over.’ By October, we were like ‘can this year get worse,” because it keeps getting worse, but the tone of the conversation was very lively and fun. I had never done a Zoom songwriting session before, and I haven’t done very many since. Thank God.” 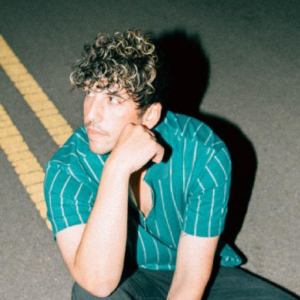 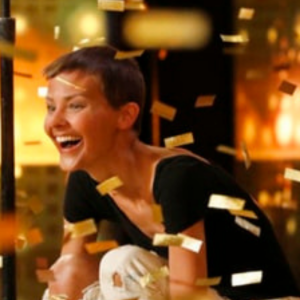