You likely know that Lady Gaga’s real name is Stefani and that she nabbed her stage name from a Queen song. Her influence as a pop star is so wide-reaching, how could you not hear snippets of the singer’s life here and there? She’s everywhere: on the music charts, on the big screen, and at seemingly every award show.

So what is there left to know? We’re glad you asked. Read below for five little-known facts about Lady Gaga.

While Gaga doesn’t have any biological children of her own, she is a godmother. She’s a “Gagamother,” if you will. Lady Gaga’s godchildren include the two sons of Elton John and David Furnish: Zachary and Elijah Furnish-John.

“She’s a great role model, she’s young, [and] she’s been a great godmother to Zachary,” John told Extra in an interview about making Gaga Elijah’s godmother. “We’re all bonkers in this business, but we’re human beings at the same time.”

“You learn so much about yourself and about life by seeing children,” Furnish added.

Gaga is also godmother to friends Brian Newman and Angie Pontani’s daughter, Sistilia. “So proud to be made one of the Godmothers of our little angel Sistilia. [Brian Newman] and his wife Angie have been my friends since we were kids on the lower east side,” Gaga wrote in 2016.

2. Her famous meat dress? It wasn’t that expensive.

Who can forget when Lady Gaga showed up to the 2010 Video Music Awards wearing a dress entirely made out of raw meat? We will certainly remember that moment in the singer’s career for quite some time. While Gaga had a logical and even admirable reason for this fashion move, Gaga was met with all kinds of reactions. The butchers of New York, in particular, had quite a lot to say.

“There are no expensive cuts here, no real steaks. The best you’ve got is the flank steak on top of her head,” Peter Cacioppo, head butcher at Ottomanelli Brothers, said at the time.

“You got about 100 dollars of meat there,” Cacioppo’s nephew Mark added.

While Lady Gaga first broke onto the scene with dance/pop tracks like “Just Dance,” and “Poker Face,” the singer is a naturally gifted piano player. According to Gaga biographer Paula Johanson, the singer began playing piano when she was just four years old after her mother insisted Gaga become “a cultured young woman.” From there, Gaga learned to compose music by ear.

In 2012, Lady Gaga bought 55 items previously owned by Michael Jackson at an auction, including the jacket he wore on his Bad Tour in 1987 and 1988. “The 55 pieces I collected today will be archived & expertly cared for in the spirit & love of Michael Jackson, his bravery, & fans worldwide,” Gaga wrote in a social media statement after the fact.

5. Her early acting career included a role on The Sopranos.

Before Lady Gaga was Lady Gaga, she was a 15-year-old dipping her toe into the world of acting. In 2001, Gaga had a very small role in one episode of The Sopranos. At the time, Gaga was a high school student at Convent of the Sacred Heart in New York, a private all-girls school, and aptly played a schoolgirl in the episode “The Telltale Moozadell.” 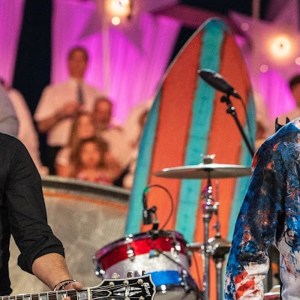 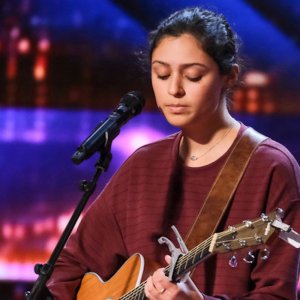