LØLØ ‘s new single “debbie downer,” featuring Maggie Lindemann is like a mix of the iconic cheerleading film Bring It On and early-2000s Avril Lavigne.

As the ultimate comeback song to people who called them too aggressive and too depressive, the new single throws the petty name-calling back in tormentors’ faces. And maybe she is all black everything sad and weird, but for LØLØ, it’s okay to be.

For LØLØ, being a bit depressive and aggressive is part of being human. But not everyone shares that perspective. Coming from the aftermath of a friend breakup, the single provided a cathartic way for the artist to let some emotions out.

“We wrote it from the POV of other people talking sh*t about me and calling me names,” LØLØ tells American Songwriter. “I had recently released my EP, overkill, which I had gotten many comments on the lyrics being too aggressive at times. ‘debbie downer’ felt like the perfect concept to let out a lot of feelings for me.”

A stark contrast to her first EP Dear First Love, the new single is angsty, angry, and completely unapologetic about it.

With a snarky hook, powerful drumbeats, and catchy guitar riffs, the “debbie downer” artist positions herself to be the new angsty pop-punk mascot of 2022 with over 30 million streams on Spotify.

“debbie downer is for anyone that has ever felt like they don’t really belong. People are going to put you into categories and call you names you don’t agree with, but I hope with this song u can laugh it off or embrace it. Because the truth is, we’re all debbie downers and that’s cool,” LØLØ says.

LØLØ partnered with alternative darling Maggie Lindemann for the track and accompanying music video (directed by Jake Johnston). Dressed in all-black cheerleader attire, they are your goth cheerleader sweethearts ready to kick someone’s teeth in if given a snarky double-take.

“This was one of those songs where while I was writing it, I could really see the video. I knew there had to be some emo cheerleaders involved since we pay homage to Bring it On (one of my favorite movies). ‘debbie downer’ is all about not belonging or fitting in, so I thought it would be funny to have cheerleaders cheering in places they really don’t belong— for example, a tennis match, a chess game, or a science club,” LØLØ shares.

“Working with Jake Johnston was AMAZING. We had originally gotten some treatments from a few people, but when I saw his I knew we had to go with him—he executed my vision perfectly and was so much fun to work with. Maggie also absolutely KILLED IT. Of course, she plays the ‘it’ girl-bad b*tch, because look at her. I want her to step on me. She joins the dark side and embraces her debbie-downer-ness, of course, at the end of the video, because at the end of the day, we are all debbie downers.“ 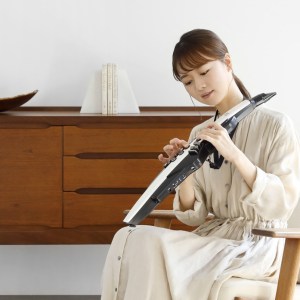