Happy festival season! Summertime is the biggest season for music festivals and there are likely multiple fests happening every weekend. One of the best parts of these music festivals is the camaraderie that the audience feels with their favorite artists.

So, below are a few of the greatest live performances where the artists connected with their audience. Each of these live performances, from both concerts and festivals, will surely give you goosebumps.

Pink Floyd released the concert video in 1995 although it was filmed in October 1994 at Earl’s Court, London, England. Below is a clip from the band’s live rendition of “Comfortably Numb.” As usual Pink Floyd is up to par with their incredible light show. They all sing in harmony Hello? (Hello? Hello? Hello?) / Is there anybody in there? It perfectly brings to life the rock opera side of The Wall. To top it all off, one of the best guitar solos ever is just one part of this show.

People consider this performance one of the best ever. Period. Playing alongside some of the biggest acts in the world, Queen was touted as giving the best performance. Live Aid was a benefit concert airing across the world. Freddie Mercury, known as an incredible performer, used this moment to his advantage, not just performing for the crowd at Wembley Stadium—but for the world.

U2’s Red Rocks performance was released as a concert film under the name U2 Live at Red Rocks: Under a Blood Red Sky. Their performance became known as the show that established the band as an incredible live act. Known as one of the best venues in the world, Red Rocks was the perfect place for the band to establish themselves. U2 gave a show-stopping performance of “Sunday Bloody Sunday” while Bono waved a white flag singing about anti-violence. Surely, this will give you chills.

Daft Punk’s Alive 2007 performance changed live music as we know it today. With specially made computers, the robot duo said, “We can mix, shuffle, trigger loops, filter, distort samples, EQ in and out, transpose or destroy and deconstruct synth lines.” Along with the live mixing of music, there was also live mixing of videos and effects—it was the first time an act did something like the iconic pyramid setup.

Directed by Johnathan Demme (The Silence of the Lambs and Philadelphia), the Stop Making Sense concert film takes on a unique style. The concert begins with a stripped-back version of “Psycho Killer” and slowly adds more members to the band. For the show, David Byrne wore his iconic “big suit” while he made rock history.

In a 2014 interview, former Talking Heads drummer Chris Frantz said, “We didn’t want any of the bullshit. We didn’t want the clichés. We didn’t want close-ups of people’s fingers while they’re doing a guitar solo. We wanted the camera to linger, so you could get to know the musicians a little bit.”

Slane Castle was the largest show for the band at the time. Having come off a tour as openers for U2, there were 80,000 people in attendance to see the Chili Peppers. What makes this concert so good was the band’s pure energy and what helped make their energy so intense were the 80,000 fans in attendance. The concert effortlessly flowed while also presenting great improvisation in songs.

Hands down one of Nirvana’s most iconic performances. According to Dave Grohl, “We’d seen the other Unpluggeds and didn’t like many of them, because most bands would treat them like rock shows—play their hits like it was Madison Square Garden, except with acoustic guitars.” The band played their lesser-known songs along with covers of songs by the Vaselines, David Bowie, Lead Belly, and Meat Puppets. MTV Unplugged was the first release by Nirvana following Kurt Cobain‘s death.

Live at Woodstock in 1969 marks Hendrix’s first public performance since the break up of the Jimi Hendrix Experience. His Woodstock performance was quite literally a wake-up call for the festival as he played an unrehearsed version of “The Star-Spangled Banner.” Hendrix was supposed to end his set but then burst into the electrified version of this patriotic song. The song served as a double-sided coin. It could either be a tune of pride or rebellion, especially when the festival itself was a cultural response to a decade of protest and fear.

At Fillmore East was the Allman Brothers Band’s first live album but third release overall. Taking place at the New York City music venue Fillmore East, the album was recorded over three nights. The release of their live show on an album showed what was special about the band—their talent for live improv. Fillmore East ended up going gold (selling 500,000 albums) and was one of the last releases before Duane Allman‘s untimely death.

This makes the list because it’s a Tennessee classic. Zac Brown performed at Tennessee’s largest music festival, Bonnaroo, in 2009. Ready to throw down, the Zac Brown Band effortlessly flows from “Free” into Van Morrison’s “Into the Mystic.” You barely notice the switch in songs as they fit perfectly into each other—definitely a goosebump-inducing performance in terms of satisfaction. 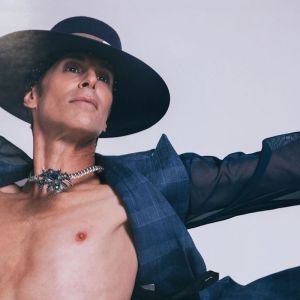 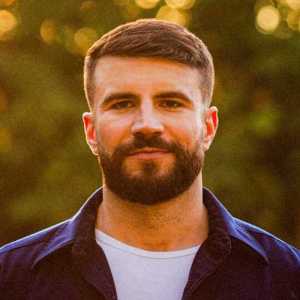