Luke Dowler kicked off his current string of live streams with two sets devoted to the ‘80s and ‘90s, respectively. So it’s only fitting that today he shares a cover of Prince’s “1999,” first released in 1982.

“I wanted to play ‘1999’ right now first because it’s a fun jam,” the Montana artist tells American Songwriter of his inspiration for the cover. “But for me, it also taps into the reality that the only thing you can control is how you respond to the moment–in the way only Prince could do.”

The original “1999”–released as the title track on Prince’s fifth studio album–is a feel-good anti-war number that bristles with groovy synth, keys, and bass, plus disco flourishes. Prince shares vocal duties with backing band members Dez Dickerson, Lisa Coleman and Jill Jones as they sing of boogying toward the end of the world: “I was dreamin’ when I wrote this, so sue me if I go too fast / But life is just a party and parties weren’t meant to last / War is all around us, my mind says prepare to fight / So if I gotta die I’m gonna listen to my body tonight.”

One line from Paul A. Thompson’s recent Pitchfork review of 1999 feels eerily prescient upon listening to “1999” in April, 2020, just a few weeks after thousands of spring-breakers stormed Florida’s beaches at the height of a global pandemic: “It does not require a particularly close reading to see [the album] as a text about partying in spite of looming disaster, or even to stave it off,” he writes. (The review was published before COVID-19 had even originated, let alone spread to the United States.)

Dowler’s version of the track–premiering below with an accompanying video–is more folk than funk. It’s a stripped-down, guitar-driven homage to Prince’s original that feels more well-suited for the campfire than the dance floor. Dowler sings of “partying like it’s 1999,” but he’s not quite endorsing that. For him, the song is about staying grounded during a difficult time.

“[‘1999’] is a great reminder that life gets interrupted and disrupted, but we don’t have to get caught up in the panic, especially when circumstances are out of our hands,” says Dowler. “Take things seriously but remember that life is short and fragile, so enjoy it.”

“1999” is Dowler’s second single of 2020, following “Get the Job Done,” which arrived in January with a music video. The Montana indie-Americana artist released his debut solo album, Polarized, in 2012, and has released a handful of self-produced EPs and singles since. He’s also composed a few films and documentaries.

With “1999,” Dowler pays tribute to an artist whose voice continues to resonate across genres and generations.

“He had a way of working in all the angles into his music,” Dowler says of Prince. “He was a legend. I think we could all use some of his magic right now.”

Listen to Dowler’s “1999” cover and check out his upcoming live streams below. 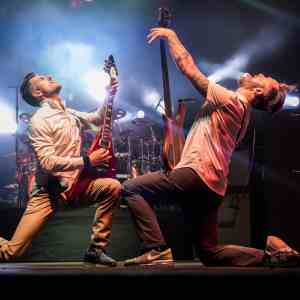 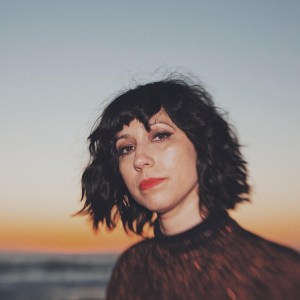