The list of artists who have covered Dolly Parton’s “Jolene” is both extensive and eclectic. From Jack White to Olivia Newton-John and practically everyone in between those extremes, performers have proven unable to resist Parton’s tale of adultery cut off at the pass. Strolling the dark paths covered in this song is not something you might associate with the perpetually sunny Parton, even if the origins of it were somewhat benign.

That unforgettably musical name “Jolene” was borrowed from a young fan Parton met signing autographs. The story, on the other hand, was inspired by an innocent crush that developed between a bank teller and Dolly’s husband in the late 60’s. “She got this terrible crush on my husband,” Parton told NPR in 2008. “And he just loved going to the bank because she paid him so much attention. It was kinda like a running joke between us — when I was saying, ‘Hell, you’re spending a lot of time at the bank. I don’t believe we’ve got that kind of money.’ So it’s really an innocent song all around, but sounds like a dreadful one.”

“Jolene” served as the lead single and title track of a 1974 album by Parton and became her second single to reach #1 on the Billboard country charts. Yet this is a song that isn’t contained by genre boundaries, especially since the singer finds a way of tackling the familiar popular music topic of love triangles in a somewhat novel manner. Instead of lamenting her sad fate or tearing into her wayward husband, the narrator goes directly to the source of her potential heartache and states her case to the other woman before the damage can be done.

If you were to just read the first five lines of the opening verse, you would think this song was a love ode by an Elizabethan poet to some reticent beauty, as Parton speaks of “flaming locks of auburn hair,” “ivory skin,” and “eyes of emerald green,” not to mention a captivating smile and sirenlike voice. Yet these qualities don’t engender admiration in the narrator, only fear, as evidenced by her capping line: “And I cannot compete with you, Jolene.”

The narrator goes on to show just how deeply her man is obsessed with Jolene, even to the point that he screams her name out in his sleep. She points out to Jolene the differences between the two women in terms of their designs on this guy. “You could have your choice of men,” Parton sings. “But I could never love again.” “But you don’t know what he means to me, Jolene,” she pleads, hoping to demonstrate the level of her devotion, as opposed to Jolene’s view of him as a competitive challenge: “Please don’t take him just because you can.”

Parton easily could have attacked this song with false bravado and insulted or threatened the temptress. Instead she imbues the narrator with touching vulnerability and genuine concern for what she could lose, which seems more honest considering the situation at hand. The way that Parton sings that title name in the refrain four times, each time more anguished and desperate than the last, truly packs an emotional wallop. “Jolene” may be a popular heroine for cover artists, but no one has brought her to life quite like Dolly Parton, the songwriter who created her. 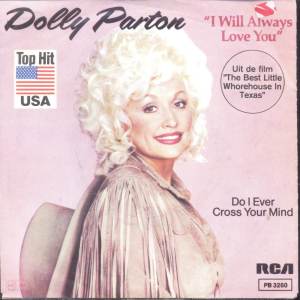 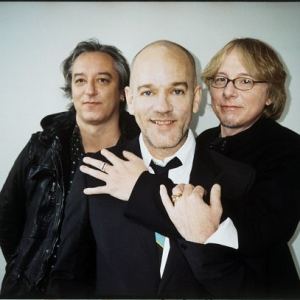