Here’s another in our ongoing series of good songs for now. Now being this ongoing season of lockdown, during which so many have shared with us the power of song in their lives now, to help us get through.

Here’s one perfect for now. It’s “History,” by Mark Montijo, which I first heard at Rodney Crowell’s first Adventures In Song song camp, up in Monterey. A beautiful song laced with warm whimsy about this human journey we all share, it’s also about the way we remember our lives, and our past. It’s brilliant songwriting, evoking that gentle, poignant place John Prine brought us to so often, merging the sorrow with some laughter, and with one of those tunes you can carry around forever.

And this song of remembering the history of our hearts and our world, especially now in this time when the world we knew seems distant, is a good song to sing. And to listen to. His studio version follows, as does a live recording he did at Kulak’s Woodshed, in North Hollywood, California.

It’s a song which I have road-tested myself. After hearing it at camp, I happily played the the CD Mark gave me with this song on the ride back to Los Angeles from Monterey. I took the long way, mostly along the Pacific coast, and for long stretches I listened to only one song, over and over. This one. And it worked. Some songs would have gotten worn out quickly this way. Not this one.

In our recent story on Rodney’s great song camp, I wrote about this song, and about Mr. Montijo, one of the 95 songwriters who attended camp. His song earned the distinction of receiving no criticism at all from Rodney Crowell, who could be quite critical about songs he felt fell short of the aim. But not for this one, who received only praise, delivered with one word: “Congratulations.”

It aligned with Rodney’s main message throughout camp, which was about the importance of songwriters aiming not at the charts, but at that “singular song” which no one else could write. “History” is a perfect example of a singular song.

So, to find out more about Mr. Montijo, and his own history that led to “History,” we conducted a brief interview with him at camp, which we are happy to share now with this video of his song “History,” from the album of the same name, with lyrics reprinted below.

A California native, Montijo was born in 1947 in San Diego, where his family tree is firmly rooted, and extends through the centuries. His father was born there in 1903, and his son in 1993. “They knew each other for a few years,” he said. He was raised in a rural area east of the city, and still lives in a rural area, as he said, which is “outside of a small village called Jamul. The name Jamul  may be a corrupted local Native American word meaning `dirty water.” For the past many years he has worked restoring old ships at the Maritime Museum in San Diego.

You have a great sounding day-job. Can you tell us about that?

The Maritime Museum of San Diego is where I spent a large portion of my waking hours for the last quarter century. I arrived there, with skills learned in my youth, to help restore the Museum’s historic vessels. This followed a number of years with various entrepreneurial ventures and a brief stint working for a progressive state senator.

I was quickly drafted into the museum’s management team and I retired in 2016 as Vice President and Chief Administrator of the organization. My last demanding — and fun — job as a regular employee included direct supervision of constructing a Spanish Galleon, the San Salvador, a full-sized replica of the first European vessel to visit the west coast of North America. I am still consulting with the museum on facilities planning and personnel issues, but no longer have day to day responsibilities. I’ve been writing a lot more.

Having heard “History” and other songs you’ve written, I know you’ve done this a long time and probably have less to learn than others here. Given that, did you gain any new wisdom here about songwriting?

My approach to songwriting is normally a pretty solitary affair, but the intent is always to create something that communicates well to others. The overwhelmingly positive response to “History,” as well as to several other tunes that I had the chance to play, felt great.

Every songwriter I know has a few diehard friends and family members who tell them that their material is wonderful and should be recorded by Celine Dion or Willie Nelson. Hearing unsolicited praise from successful professional songwriters is a giant step up from that in feeling validated as a writer. Rodney asked for a copy  (of “History”). You would have to query the grownups at the event, outside of my presence, as to the extent of their polite support or actual appreciation, but each of the professionals said nice things and I choose to believe them.

The camp was more than I expected. I anticipated a more conventional event, with networking opportunities, perhaps a bit of copyright and general legal information, and break-out sessions focusing on tips for building a marketable popular song. Instead, I found a fairly diverse group of professional writers with a common message. I don’t know if this was a coincidental product of Rodney’s selection of artists or if they were given parameters of instruction, but the oft-repeated instruction from each of the group leaders was loosely “be true to yourself.”

Beyond that, however, was the frequent reminder that music is typically created to be shared; and some things can be learned that will help in communicating to others. These include attraction tools like alliteration and rhyme, but also the practice of viewing one’s work as an outside listener and playing for others to test if your intent is recognized. Hopefully, a good tune will find a home, but a song has a better chance of being good if it is written to the demanding, unique requirements of the author. I may have taken this direction to extremes at times, writing what I suspect are totally unmarketable songs due to limitations of specific personal content (e.g. I’m a Mexican Jew from a Navy Town) or tunes that are a bit too political for broad appeal. However, some of these are among my personal favorites: and I have loved creating them.

The selection of teachers was excellent. I don’t think I went to a single session without hearing an interesting perspective or inspiring anecdote about music. I was particularly impressed by Joe Henry’s quick wit and communication skills. Both prepared statements and impromptu responses to questions were clear, interesting, and informative. In general, the breakout groups were larger than ideal for comprehensive one-on-one dialog between campers and group leaders, but I don’t know if that could be avoided and still have an economically viable project for the organizers. Overall, I think they did a great job.

Rodney Crowell, as related already, had nothing but love for your song. Congratulations even. Which was so rare, as you know, coming from him. He was tougher on many, and stressed the importance of craft elements such as the use of hard rhymes. What did you think of that approach?

I think his thing with hard rhymes is a good general rule because of the way humans process sound and the sometimes subtle distraction of things that don’t quite fit, but I make exceptions all of the time. While I would never use sounds as distant as Rodney’s example of “cook” and “cool,” I am often ready to accept closer connections like “round’ and “brown,” particularly if the slightly different one is bundled into a group of three or more rhyming words, so as to fool a listener’s ear as to all of the words belonging (“down” to the “ground” in this dirty old “town”).

I do think hard rhymes are always best when possible, and I spend a lot of time trying to find them, but sometimes the intent of the lyric demands certain words, and any attempt toward a perfect rhyme sounds contrived and diminishes the effect. I have rhymed “home” with “alone” and “phone” because “home” was an absolutely essential phrase concluding word and there just aren’t enough frigging rhyming words for it to suit all occasions. Comb, chrome, dome, foam, gloam, gnome, loam, Nome, roam, Rome, tome, are all great words that might be useable in some contexts, but in others they would appear contrived or trite. “Roam” and “home” have been used effectively without coming across as cliché, but it ain’t easy.

That said, I agree that a soft rhyme weakens the effect. I use it when I feel the loss will be minimal and the emotional effect of the contextually correct word will compensate; but sometimes it doesn’t. I have had to give up and pull a great phrase, but I won’t do it before eliminating every hard and soft rhyme and structural change that I can that doesn’t weaken the song.

I’ve listened to your whole album many times, and I love all the songs. But “History” is special. It reminds me of a John Prine song in its fusion of gentle humor with a poignant acceptance of passing time. Can you tell us about it?

It’s my favorite song on the album, although I have a few new tunes that I like as well. It, along with all of the other songs on the album were written many years ago, before I met my wife. Before recording the song and needing to give it an official name, I thought of it as “History Is Just What Somebody Remembers,” a documentation of sorts of a failure that was no longer a real event so much as a biased memory: two people who still loved each other, but no longer had a shared future or even a common memory of the past.

My friend Phil Gross, who I played music with some 40 years ago, convinced me to put an album together of original tunes, and I assembled it from old setlists dimly remembered, with the intent of creating something to show my son that Daddy used to play music.

The process and the product surprised me. I loved working with the music and with good musicians again. I’ve been writing and re-learning to play since then; something important lost. And found.

Benjamin Franklin flew a kite
Thomas Edison tied it to a light
And I waited up for you all night a long time ago
Amelia knew just where she stood
Will Rogers moved to Hollywood
But when they went, they went for good a long time ago 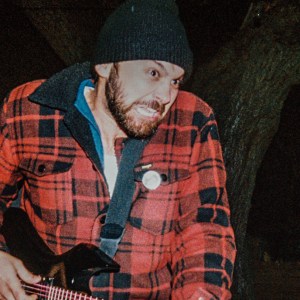 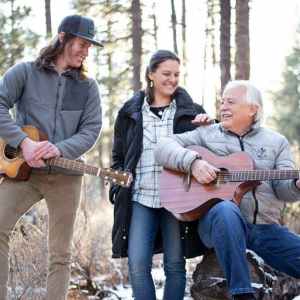