Some of the best songs have nearly reached or broke the 10-minute mark. Bruce Springsteen serenaded in length on Born to Run‘s “Jungleland,” Nina Simone kept growling through “Sinnerman,” Bauhaus crept along on “Bela Lugosi’s Dead,” there’s the lengthy crunch of Metallica’s “…And Justice for All,” Television nearly hit the 10-minute-mark on “Marquee Moon,” and David Bowie opened big on his final “Blackstar.” After a six-year hiatus, Marketa Irglova wasn’t following any three- to four-minute song length rules when she was crafting “Quintessence,” an ethereal ode to Mother Nature.

Running right on 10 minutes, “Quintessence” is the Czech-born Irglova’s “love poem to Mother Nature,” an orchestral track inspired by the Summer Solstice and The Ark, an environmental movement founded by her friend Mary Reynolds.

Recorded at Irglova’s Masterkey Studios studio in Iceland, which she built with her partner Sturla Mio Thorisson, “Quintessence,” which features guest appearances from German ambient artist Aukai (Markus Sieber) and Iceland’s Emiliana Torrini, unravels in a dreamlike state. Shimmering in its melancholic melodies, “Quintessence” is blanketed in textured orchestration that recaptures a nostalgia and innocence of childhood, and of pure wonderment.

Directed by Irglova, with additional footage by photographer Jónatan Grétarsson, the video was shot over several weeks in June 2020. Irglova’s two daughters Karítas Árný Sturludóttir and Árveig Mía Sturludóttir, who are prominently featured in the videos, drove with her to several locations outside of Reykjavík, where she captured them, naturally, in some of their favorites places.

“Given that the song is about our connection with nature, and the feeling of stillness, presence, and awareness wild places imbue our hearts with, it seemed only natural the visuals should invite those very feelings,” Irglova tells American Songwriter. “I remember them most intensely from my childhood, when spending all hours outdoors in warm summer days was the most magical and fun thing there was.”

Irglova adds that some of this childhood wonder is often lost as we get older. “When we become adults, there is always so much to do, and so little time to do it, that we don’t allow ourselves this stillness, this silent communion with nature and with ourselves,” she says. “Walking without a destination, sitting on a rock unaware of time passing… we don’t even feel like we are missing out, for we are always rushing, so much that there is no time to even consider an alternative way of being. But something is always calling us, inviting us to retrieve what had been lost.”

Shooting “Quintessence” took Irglova back to a nature, a place she says she hasn’t been in a long time. “We followed the weather and often waited for the magical hour of twilight,” she shares. “We took advantage of the 24-hour daylight and sometimes went to a location late in the evening when there was little foot traffic. Every such trip felt like an adventure, at a time of day most people were on the couch… before turning in, which is exactly what I would have been doing myself had it not been for the filming.”

In many ways, “Quintessence” was Irglova’s second coming and inspiration to create again. Her first release since 2014’s Muna and her solo debut Anar (2011), Irglova broke away fromtouring and production schedules to relocate to Iceland and start a family with Thorisson. Now, Irglova, who picked up the Oscar for Best Original Song in 2008 for “Falling Slowly” from the 2007 Irish musical Once, is working on her next album, a Broadway musical, and the score for a biopic that is set to shoot in 2021.

In a time of such uncertainty in the world, “Quintessence” captures the real, natural, essence of life.. and living. It’s also the realization that nature can be truly balancing. It’s about spontaneously going outside just to watch the sunset or the feel the rain on your face, says Irglova.

“I think we are all a bit trapped in our routines, for that is how the world is designed,” says Irglova. “Perhaps it is time to break out of them a bit, to make room for spontaneity, and allow the unexpected to happen. For without mystery, our lives become dull.”

She adds, “Here is to playfulness and spontaneity. Let them not be exclusive to childhood but follow us throughout our lives always. Let us live each day as if it were our last, for one day, it will be.” 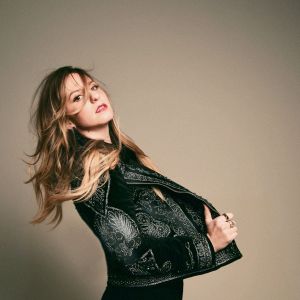 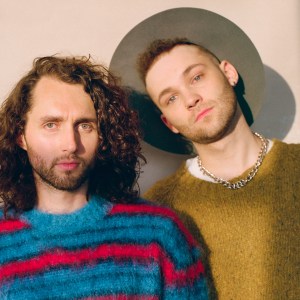