On Friday (Nov. 12), the second release from Taylor Swift’s ongoing Taylor’s Version project debuted—now, across DSPs, Swifties can dive into the 31-year-old pop icon’s remake of her seminal 2012 record, Red.

Initiated as a way to combat the loss of her ownership over the masters of her first six albums, the Taylor’s Version project has grown into a powerful and enlightening endeavor for Swift and the legions of folks who adore her music. Revisiting the early days of her meteoric rise to superstardom, she’s doing a tremendous job at tactfully honoring the legacy of those first few records while peeling back the curtain, giving an even more intimate look at how they came to be.

One of the coolest examples of that is the “From the Vault” tunes—the ones that Swift wrote or worked up as demos during the initial sessions, but didn’t end up making the final cut. From Red (Taylor’s Version), these unreleased cuts are truly marvelous—especially one titled “I Bet You Think About Me.”

Written in the early 2010s—with one of the names on the by-line being Lori McKenna—the candid breakup tune perfectly encapsulates the country-meets-2000s-pop-meets-solid-songwriting style Swift was forging at the time. Re-recorded in 2021 with harmonies from Chris Stapleton, the Taylor’s Version arrangement sticks the landing effortlessly… and the lyrics tell a pretty fascinating story too, considering that it’s rumored that most of the songs written during this period are about Swift’s one-time lover, Jake Gyllenhaal.

“You grew up in a silver spoon gated community/ Glamorous shiny bright Beverly Hills/ I was raised on a farm, no it wasn’t a mansion/ Just living room dancing and kitchen table bills,” Swift sings, seemingly taking subtle swings at Gyllenhaal, who she dated for around three months in 2010. Later in the song, she also makes references to his “cool indie music concerts” and his “organic shoes” and “million dollar couch.” All these allusions seem to suggest that Swift and Gyllenhaal didn’t exactly see eye to eye when it comes to lifestyle—though Swift’s references to being raised on a “farm” don’t exactly capture the fact that her father was a stockbroker and her mother was a marketing executive.

Swift has never officially confirmed that Gyllenhaal was her muse during this time, but fans have long felt that “We Are Never Ever Getting Back Together,” “All Too Well” and others are about the actor. Speaking in 2013, she said that whoever the subject of the songs gave her a welcome response to the record. “He was like, ‘I just listened to the album, and that was a really bittersweet experience for me. It was like going through a photo album,’” she said. “That was nice.”

Alongside the release, Swift put out a captivating lyric video—listen to the song below: 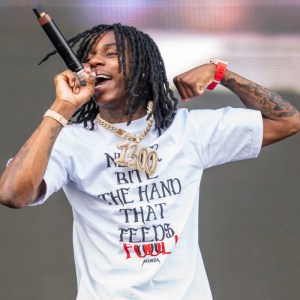