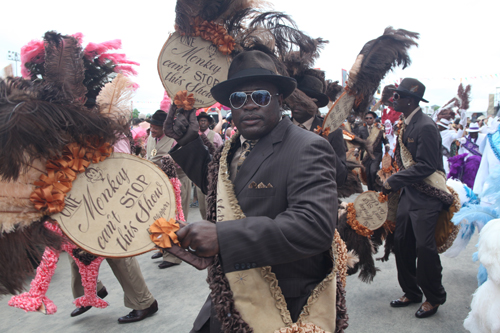 6. The New Wave sweeping through Cajunland the past decade has taken many shapes and affected many quarters. What distinguishes it from the generation before, exemplified by a band like BeauSoleil, is that the musicians involved are young and rooted in a love of pure traditionalism. This was true of the previous generation as well, but its interests evolved into a kind of fusion movement, focused on broadening the audience for Cajun music. The new generation is more interested in more firmly rooting their music in tradition, adapting it only to adapt to their own sensibilities — keeping it Cajun, but making it into their version of modern. One of the standouts in the Cajun music played by Creole musicians, mixed-race laborers, horsemen, and farmers, is Jeffrey Broussard and The Creole Cowboys, a band that retains echoes of the earliest strains of black Cajun music — called la-la or house-party music — combined with zydeco (Cajun music + R&B) and pure rhythm-and-blues. Surrounded by a popping electric bass, full-bore drum set, sensuous wah-wah electric guitar, Broussard is the show, an old-fashioned rubboard player beside him, with virtuoso chops on the old-style button accordion, the newer piano-key accordion, and acoustic fiddle, with a voice that rivals Otis Redding’s for grit and accessibility. A consummate showman who keeps the focus on the music and keeps the pace of the set moving along adeptly, as he did during a mesmerizing Saturday morning set on the festival’s second weekend, Broussard is the leading pure Creole revivalist of the rapidly emerging Cajun New Wave.

7. At first glance, The Lost Bayou Ramblers — who played the closing set the same Saturday to an intimate crowd thinned by the attraction of the Eagles, My Morning Jacket, Herbie Hancock, and Warren Haynes with Dr. John at various venues around the festival grounds – might seem like the bad boys of the Cajun New Wave, a Lafayette / Austin, Texas outfit whose furious attack and sonic aggression sounds more like punk rock than Cajun music. But listen a little closer and you can hear the roots of raw Cajun music, of the rough-hewn, backwoods variety, artfully blended with rock dynamics and electronics. Their new CD, Mammoth Waltz, drenched in electronic effects, both instrumental and in the recording process, is a clear statement of intention, a flag planted on the frontier of experimentation, and deserves repeated listening. The core of The Lost Bayou Ramblers are singer/fiddler Louis Michot and his brother, accordionist/lap-steel-guitarist André Michot, both descended from deep Cajun roots and more immediately an excellent traditional Cajun band made up of their farther and their uncles, Les Freres Michot, in which they spent many years of apprenticeship. Louis Michot is a multi-faceted creative force – last fall he produced En Français: Cajun’n’Creole Rock’n’Roll, a compilation of well-known rock songs from The Beatles to Joan Jett transformed into pure Cajun French by a full selection of the leading area bands in the Cajun New Wave movement. For anyone interested in the emerging musical phenomenon, it, too, deserves a serious listen.

8. Early arrivals to the small outdoor Fais Do-Do stage on the final Sunday of this years’ Jazz Fest were definitely in for a surprise — instead of the scheduled Red Stick Ramblers, early leaders in the Cajun New Wave exploring Cajun, Western swing, honky-tonk, country, blues, and zydeco connections, the stage was instead inhabited by Annie Tee and her Bayou Cadillac Band, a decent-sounding substitution. But a couple songs later, Annie Tee disappeared and it was revealed that the substitution had been something of a ruse, a concoction by the producers of Treme, the HBO series about New Orleans cultural life, to create a scene for the third year of the series, scheduled to air in the fall, with real-life musician Lucia Micarelli playing Annie Tee and The Red Stick Ramblers serving as the Bayou Cadillac Band. (Even with the brilliant misdirection, I though that backing band sounded awfully good.) The Red Stick Ramblers, along with The Pine Leaf Boys, who appeared the first weekend of Jazz Fest, formed the landing party for the Cajun New Wave, bringing traditional Cajun, Creole, and Louisiana honky-tonk and Western swing tunes back to life by extremely talented young vocalists and instrumentalists injecting the music with a kind of energy and sense of urgency that may have topped even the days of the music’s original popularity. Both have continued to build on the inherent strengths, providing entry to the world of Southwest Louisiana music while demonstrating how truly diverse, multi-faceted, and welcoming to new influences that music, in reality, has always been.

9. For any true-blue music fan it was inescapable: When Levon Helm was finally felled by cancer on April 19, he died one week before Jazz Fest was set to begin and two weeks before he was to give a performance in the festival’s Blues Tent with his band and special guest Mavis Staples that surely would have been one of the outstanding highlights of this year’s event. In fact, I met a young couple, Steve Blanton and Spring McKenzie from Balsam, North Carolina (hey, guys!), serious music lovers who bought tickets to their very first Jazz Fest specifically to see Levon and Mavis. Not much was said at the Fest and Warren Haynes was quickly recruited to fill Levon’s spot, but you couldn’t help the thought from popping up now and again: Levon Helm was born to play at this kaleidoscopic roots celebration, his performance would have undoubtedly been right at the spiritual heart of the fest’s entire vibe. And when the time came, those involved made his absence clear, beginning on the afternoon of the last Friday with Mavis Staples’ appearance in the Gospel Tent and her skin-shivering invocation of “The Weight,” Levon’s signature song in its own way, and ending late the next afternoon with a Warren Haynes show that included Dr. John and The Dirty Dozen Brass Band horns finishing up with their own powerfully transcendent version of “The Weight.” It was, in essence, a two-day memorial for Levon and none better deserved: where the rest of The Band learned American roots music growing up in Canada, Levon lived it, growing up in northern Arkansas, not far from Memphis. He was the real deal, and if roots music is about anything at all, in the end, it’s about being the real deal.

10. For far too long, Bonnie Raitt has failed to get the respect she deserves as one of America’s great music al figures. The standard take is that she was an “underground” phenomenon until her 1989 album Nick of Time because a mainstream hit. Baloney. From the very beginning, Bonnie Raitt was a commanding singer, guitarist, and bandleader whose understanding of popular American music as folk music led her to embrace classic blues, singer-songwriters, rhythm-and-blues, hard rock, and even pop-music balladry as valid and genuine forms of American roots music. She made her mark musically at an early age and quickly matured into a masterful singer, masterful slide-guitarist, and masterful bandleader, in a way no woman before or since has even attempted. She refused to cater to market practicalities, unearthed and paid tribute to figures underappreciated, and has always done it all from a uniquely female perspective, from leading a band in calf-high boots, blue jeans, a vividly flowing top, often with a vest, and her brassy red hair combed back with just a little streak of white showing at the front. There’s never been anyone like her — she could, and still can, take a band and rock your ass off, but just as easily, she can sit at the edge of a stage and with a full-throated voice inherited from her father, musical-theater star John Raitt, render a ballad so powerfully and so meaningfully, she can make you cry. Another reason she’s never gotten her due respect is that, in addition to leading an unparalleled career as an uncompromising woman, she has sung mostly about love, and no one has done it better. Her set during the closing hours of Jazz Fest 2012 was one for the ages, kicking off a tour in support of her latest album, Slipstream, she rocked and crooned her way through selections from the new CD and well-established favorites like “Love Slippin’ Up on Ya,” “Writing You a Love Letter,” “Something to Talk About,” and “Angel from Montgomery,” before abandoning her guitar and sitting down stage front for an unimaginably fierce take on the ballad “I Can’t Make You Love Me,” loud, strong, and bone-chilling, clearly capable of literally touching every soul within its hearing. Truly a Jazz Fest set for the ages.

Honorable Mention: A couple other moments deserve postscript attention: one of the leading bands of Cajun New Wave movement is Bonsoir, Catin (BONE-SWAR, CAT-AN), the only all-female group on the scene. Two of its members gave solo performances on the tiny Lagniappe Stage (LAN-YAP, in Cajun: a little something extra) that were memorable. Bassist Yvette Landry took center stage backed by expert honky-tonkers and with plenty of performing charisma did a pretty good job of channeling the lively, strutting, good-time buoyancy of Patsy Cline. Bonsoir, Catin leader Kristi Guillory, on the other hand, debuted a whole new alt-country, rattlesnake-rock sound from her just-released album Broken Glass, an EP-length CD of carefully crafted and instantly compelling burn-the-house-down tunes, finished off with a straight-forward, surprisingly effective version “Tennessee Waltz,” giving notice she’s a talent who’ll be making her mark in the near future.

From another world entirely, the Preservation Hall Jazz Band did a fest-closing set on the event’s second-largest stage (The Neville Brothers get pride of place, last set on the biggest stage, just as they have for almost a quarter-century). In the process of “rebranding” the New Orleans traditional jazz institution into an active part of the American roots music world, the Hall has encouraged collaborations and contributions from all quarters, including their recent CD and tour with The Del McCoury Band, American Legacies. The band included Jazz Fest founding producer George Wein, new pop star Troy “Trombone Shorty” Andrews, and the Grammy-winning Rebirth Brass Band in their show, along with some neo-burlesque and 100-year-old New Orleans trumpeter Lionel Ferbos. Reprising their appearance on the guest-star compilation Preservation, Ani DiFranco also made an appearance doing a Depression-era jazzy take on “Freight Train,” while Steve Earle gave just the right touch of old-time vaudeville to the classic “Isn’t Nobody’s Business,” concluding his rendition with a completely spontaneous and jubilant “Can you believe we get paid for playing this s—?” It seemed a fitting statement for what turned out to be one the very best Jazz Fests in its long and storied history. 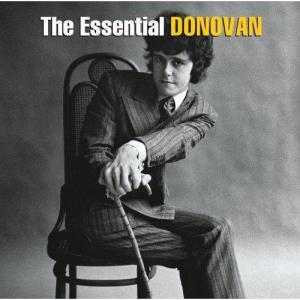 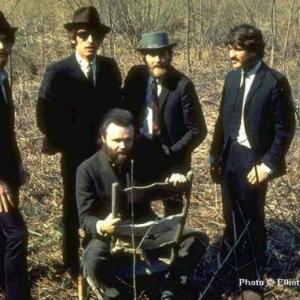