Hello and welcome back to our running series in which we share with you our favorite songs and music videos from the week!

So, without further ado, let’s check out the new songs.

The New Orleans, Louisiana product released his latest single and accompanying music video for the track “What It Takes.” The soulful song portends the artist’s new album, Lifted, which is out on April 29. Get your thrills ahead of that drop with the new single now!

The two artists released a new collaboration this week. The song, “Beyond the Stars,” is a mash-up of genres, offering a blend of folk and flamenco all wrapped into a subtle waltz. Check out the new song below featuring Neilson’s big voice and Nelson’s unmistakable one.

The popular Boise, Idaho band, which is fronted by Doug Martsch, released its latest single this week. The song, “Gonna Lose,” rocks and features Martsch’s signature falsetto and comes with an animated music video as trippy as any Built to Spill guitar solo.

5. Kay Flock and Cardi B

Cardi B, Kay Flock, Bory300, and Dougie B released their latest track today, “Shake It.” As the title might suggest, the video for the new song is, well, a bit in your face. But that’s one of the reasons we love Cardi and co., right? For pushing the proverbial envelope. Enjoy them doing just that in the new work.

Today, the famed drag queen released her latest single, “C’mon Loretta.” The song is a tribute to the legendary country star Loretta Lynn but offers an early 2000s rocking feel in the vein of New York rockers The Strokes. Check out the mind-melding homage tune below.

The famed refrain singer on the billion-streamed Macklemore & Ryan Lewis hit single, “Thrift Shop,” has released his newest single today, “Go Where The Love Is.” The new track is a soulful, power ballad from the artist. Wanz is a treasure, a true musical gift. His heart is almost as big as his booming, elegant voice.

The soulful Pacific Northwest singer Annie J released her latest single today. The song, “Light My Fire,” showcases the artist’s deep, rich voice and her penchant for writing songs that inflate the heart and empower the mind.

The bicoastal artist has released two singles today and American Songwriter wanted to feature his new track (and the accompanying music video), “Only Forever,” below. That song features Zaidi’s signature challenging lyrics and soft, heart-piercing singing voice. Check out the track and let it float you to a new mental plane.

The internationally popular artist released her latest single and accompanying music video for the track “About Damn Time” this week. The new work marks the lead single from Lizzo’s forthcoming fourth LP, SPECIAL, which is due out on July 15. The funky track gets your feet moving before you even know it. Enjoy!

The mysterious U.K. collective known as SAULT surprised fans with the release of its latest LP, AIR, this week. American Songwriter is sharing the opening track, “Reality,” which you can check out below. The orchestral song is strangely uplifting, emotional, and like all SAULT songs, draws you in to wonder: Who are these folks and how can I get more and more from them?

Today, Jewel released her latest LP, Freewheelin’ Woman, and to celebrate that accomplishment, American Songwriter wanted to share one of the songs from the new record. The song, “No More Tears,” features the great crooner, Darius Rucker. Enjoy the duet below.

The jam band surprised fans with the release of a new EP today, Into The Blue, and to celebrate the drop, we’re sharing the album’s title track, a rollicking tune with strings aplenty. Check out the new high-energy tune from the band below. 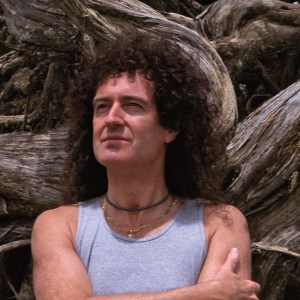 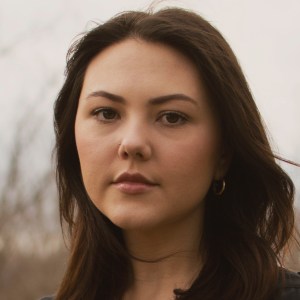