“It’s magnificent,” says Noel Gallagher, seated on a tacky black leather couch backstage at Atlanta’s Shaky Knees festival in varying shades of tailored denim. He is talking, of all things, about his hair – that notoriously mod-shaped brown mop that hung a little closer to his thick eyebrows back in 1994 when Oasis’ debut Definitely, Maybe was released; a bit choppier over the ears then, with way less breathing room for the forehead. Still, in this late-spring Georgia heat that’s giving the overpriced food-truck tacos an extra simmer, Noel looks as if he’s ready to stroll outside on a brisk London day, buttoned up, sunglasses on, not a strand out of place. He dips his head forward. “Do you want to touch it?” Sure. Who wouldn’t?

I give a swift pat with the palm of my hand to the ‘do that’s even spurred its own dedicated how-to video on YouTube (ask the barber for “lots of texture,” then use a blow-dryer for some height at the crown) and confirm its impressive thickness and effortless spikiness. Good density, zero bald patches to speak of. Magnificent, indeed.

“It’s not going anywhere,” he says in that Manchester drawl that swallows “h’s” alive, leaning back into the sofa. A single decorative star hangs over from the draped ceiling, directly overhead. “When it falls out, I’m going to retire. As long as I’m growing hair, I’m writing songs.”

The conversation has turned to whether or not rock and roll has an expiration date – with his countrymen The Rolling Stones and Paul McCartney touring into their seventies, will Noel, now 48, still be leading crowds through chants of “Champagne Supernova” in his golden years? Maybe, as long as the ol’ hair holds up. “If you see a little bald patch somewhere you should be like, ‘Oh, we better go see him. Not going to be much longer.’” This is information he might actually want to hide from Liam Gallagher, his younger brother, arch nemesis and former band mate in Oasis – or at least check his shampoo bottles for signs of Nair contamination.

It’s a few hours before Noel’s set at Shaky Knees (“Shaky Knees, what does that fucking even mean?” he will later ask on stage), with his High Flying Birds, in the second-to-last evening slot before the banjo-thrashing Avett Brothers close the Saturday night. He likes festivals, particularly ones like this that aren’t subject to Europe’s classic summer mud-drench, and he certainly played enough back in the Oasis days though he did once get into a bit of trouble for saying that rappers didn’t belong at places like England’s Glastonbury.

“If it ain’t broke don’t fix it,’ he told the BBC back in 2008. “If you start to break it then people aren’t going to go. I’m sorry, but Jay-Z? No chance.” The comments weren’t meant to knock on Mr. Carter specifically, who was top billing that year – they were more a statement on how he hoped to protect the storied tradition of guitar headliners at these historic European festivals. Though Noel still lacks a taste for rap, with the exception of Public Enemy (“I don’t mind rappers, they are fucking cool guys, man. But I don’t like what they do”), the comments were taken out of context. This is not an unusual occurrence when it comes to Noel.

“Noel Gallagher blasts Jay-Z!” the headlines read. In fact, a quick search of “Gallagher” and “Blast” will reveal that Noel or Liam are, according to the internet at least, “blasting” everyone from One Direction to Kanye West to Lady Gaga on a daily basis – and, of course, each other. Neither Oasis brother has ever been known for their ability to tactfully self-censor, but the media has come to feed the Gallagher Machine as a bit of a musical sideshow: ask them goofy questions, they’ll answer. Supreme court? Lady Gaga? Exercise habits? You’ll get a soundbite. Pop-culture website The A.V. Club once ran an article with the lead, “Noel Gallagher on Liza Minnelli and ‘Why Running is ‘for Fucking Squares.’” It wasn’t a satire piece.

“I’m seen like an eccentric fucking old man who always sat in the corner calling everyone a twat. It’s bizarre,” he says, resting his sunglass on the L-shaped coffee table. Right now, we’re sequestered in a tent in the VIP area adjacent to the main stage, where you can acquire both some smoked meat and a fresh tattoo. Noel goes for neither. Instead, I’d found him sitting with his band on plastic Adirondack chairs, soaking up the oppressive sun in that heavy denim jacket and black jeans. He appears, somehow, not to sweat, and is free from a manager or PR shadow. “I could go into an interview and say, ‘I don’t want to be asked about X-Y-Z and ask to see the questions before, and then rehearse [the answers]. But life’s too short for that, and it’s not real. That’s why music is shit now. Publicists, making the artists scared to say anything.”

To be fair, Noel does call one person a twat – or at least some version of “twat” – fairly often, and that’s his brother Liam. Since the fault line that Oasis was built on permanently ruptured back in 2009, the aftershocks are still firing today via various jabs sent out on social media (Liam) and interviews (Noel). This time, it’s over the brass section that accompanies songs like “Riverman” on Noel’s second solo album, Chasing Yesterday. The horns are a warm, rich addition, adding some interesting layers to Noel’s always subtlety infectious, guitar-strum centered melodies. 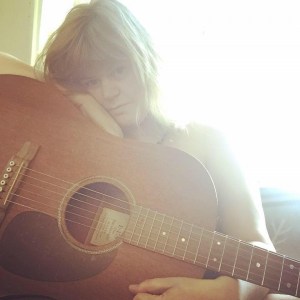 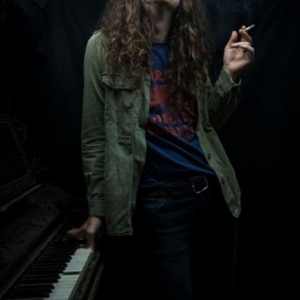