Born of jam sessions around a wood-burning stove and the notion that he always wanted his own bluegrass band, Peter Rowan (a bluegrass veteran who got his start with Bill Monroe) and his band are just a little “tickled” to find themselves with a Grammy nomination for best bluegrass album.

Legacy, which came out in September and features guest slots from Gillian Welch, Del McCoury and Ricky Scaggs, is Rowan’s first traditional bluegrass album in about a decade. He got together with musicians Jody Stecher (mandolin), Keith Little (banjo) and Paul Knight (bass) about two years ago and found a groove. “I knew we had to get in the studio and make it really come alive,” Rowan said.

Rowan began playing with Bill Monroe, frequently noted as the father of bluegrass, in 1964. Over the years and through stints playing with Jerry Garcia, dabbling in rock, reggae and Tex Mex he never could quite shake the genre or Monroe “sitting on [his] shoulder” saying “you can do that, boy, but you can’t get away from that bluegrass.”

“I think the album is a way of me making peace with a lot of things in my own life, but also accepting Bill,” Rowan said of the man whose name typically trails his by a matter of lines. “He’s kind of an inner guiding light.”

Originally, Rowan had a very traditional album in mind. Producer Alison Brown, however, nudged him toward including some of his original, more progressive material and, in general, brought what Rowan called an extra ear to the project.

Brown took “Jailer Jailer,” a song Rowan had in his back pocket from some years ago, and “put the reigns on it,” changing it from a fast bluegrass tune to something “slinkier” and more “pulled back” – more along the lines of how Rowan had originally constructed it.

“It’s like the calling card of a new kind of playing,” Rowan said. It is this balance of traditional and modern styles that Rowan thinks has a future beyond Legacy. “It was on me to find that traditional place yet expand the songwriting,” he said of the album in general.

Rowan also described how the he made a departure in his songwriting habits, switching from story songs to writing in the first person. “That was a break through for me into a realm of truthfulness,” he said. “In this record I said ‘I want to speak the truth.’”

“Father, Mother,” for example, is a graveside song written with his brother about burying their father. To make a song out of it, Rowan said he had to be honest. The graveside song is traditional in bluegrass, but unlike many of Rowan’s previous songs, it features no characters that are part of the “vast movie in [his] mind.”

Forty-five years into his career, Rowan still thinks about paying homage to the ones who have come before. “It’s just mental baggage, to be constantly thinking that the music you’re playing constantly refers to somebody else’s innovations. Everything’s tied together. It’s all related, inter-related, and no cause comes without an effect,” he said.

And perhaps that’s in part why Rowan comes back to it. “[Monroe] once yelled at me on stage,” Rowan said, “‘Its got the fiddle, its got the banjo, its got the mandolin, its got the singing, its got the gospel; Pete, how could you ever leave it?” 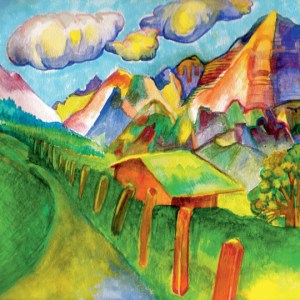