Nearly a decade since The Wallflowers released their sixth album, they’re releasing a seventh, Exit Wounds (New West Records), out July 19, along with first single “Roots and Wings.”

Produced by Butch Walker (Taylor Swift, Weezer) and mixed by Chris Dugan (Green Day), Exit Wounds also features singer/songwriter Shelby Lynne on four tracks, along with other guest musicians, who singer and chief songwriter Jakob Dylan has wanted to play with (or has already played with) throughout the years.

“The Wallflowers have always been a vehicle for me to make great rock ‘n’ roll records, and sometimes the lineup that makes the record transfers over into touring, and sometimes it doesn’t,” says Dylan. “But my intention is always to make the Wallflowers record I want to make, using the musicians I have beside me.”

Dylan adds, “The record was made as a band, the five Wallflowers. It’s just exciting to have guys playing in a room together. That’s how you get the one plus one equals three factor. That’s the magic.”

“Roots and Wings” finds The Wallflowers in their natural state, albeit with more stories to tell. Testing the waters in a new world, with a decade of new life behind them, Dylan enthralls You’re such a heavy bird / You’d never get far on your own / You’ll never have a use for your feathers / While you’re hopping down the road/ You were born to walk the earth.

Though time has passed The Wallflowers never went away. In 2020, the band’s 1996 hit “One Headlight” was featured in the Judd Apatow-helmed The King of Staten Island, starring Pete Davison, and while Exit Wounds is the first album Dylan has worked on with the band since their 2012 release Glad All Over, there was never a doubt The Wallflowers would return. “The Wallflowers is much of my life’s work,” he says.

Adding to Dylan’s previous solo efforts outside of The Wallflowers, including Seeing Things in 2008 and his 2010 follow up Women + Country, in 2019, Dylan also released Echo in the Canyon, the soundtrack to the 2018 Netflix documentary—and also the final on-screen appearance by Tom Petty—which he executive produced and starred in of the same name.

“I’m the same writer I’ve always been,” says Dylan of the time lapse of new Wallflowers music. “I was just also writing during a time when the world felt like it was falling apart. That changes the way you address even the simplest things, because you have panic in your mind all the time. You have anxiety. And you also have hope. And it’s all in there.”

In addition to the album news, the band have locked in a 53-date arena tour, running July 16 through Oct. 7, while the album is available across digital platforms, compact disc, and standard black vinyl with several limited edition vinyl available at independent retailers worldwide.

Nearly 30 since their self-title debut in 1992, Exit Wounds finds The Wallflowers still producing some of the most dynamic storytelling, reflective of everything around. Exit Wounds, says Dylan, is an ode to people, as a collective and as individuals, who have been through “stuff.”

“I think everybody—no matter what side of the aisle you’re on—wherever we’re going to next, we’re all taking a lot of exit wounds with us,” shares Dylan. “Nobody is the same as they were four years ago. That, to me, is what ‘Exit Wounds’ signifies. And it’s not meant to be negative at all. It just means that wherever you’re headed, even if it’s to a better place, you leave people and things behind, and you think about those people and those things and you carry them with you.”

He adds, “Those are your exit wounds. And right now, we’re swimming in them.” 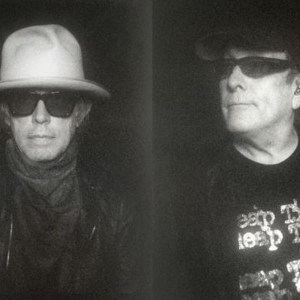 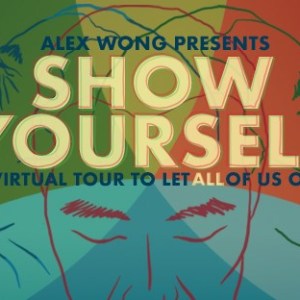