Penned by Thicke with longtime collaborator and producer Pharrell Williams alongside Chris Payton, the song is over eight years in the making. Driven by rowdy horns – a nod to Thicke’s family line of renowned jazz trumpet players – percussive claps and his fluttering high register, the compelling new tune represents the next link in a longstanding and fruitful creative chain with Pharrell. Listen here.

“Take Me Higher” also continues Thicke’s career-long string of collaborations with ESPN, debuting earlier this week as an extension of their new campaign heading into ABC Saturday Primetime, “It’s NBA on ESPN Time.” Scoring and emphasizing key player matchups for marquee NBA on ABC games, the debut piece of the series showcases one of the most renowned rivalries in sports – Lakers vs Celtics – by highlighting historic moments of the legendary rivalry while also focusing on the current stars of each team (LeBron James and Jayson Tatum). The network shares, “‘Take Me Higher’ helps establish an inviting and uplifting tone” for fans nationwide. 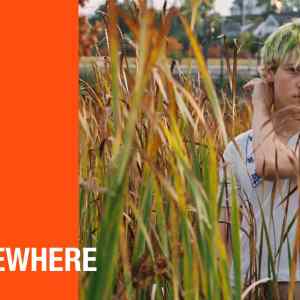