In 1970, teachers in Minneapolis went on strike to earn more money for their work. And in recently discovered footage from the event, there was one surprising proponent of the strike.

At just 11 years old, the soon-to-be-famous musician was interviewed by a television channel and told the reporter on hand that he agreed with the strike saying that the teachers worked extra hours for kids like him and therefore they should earn more money.

See the clip below, shared by popular Twitter user Rex Chapman, who wrote, “Prince Rogers Nelson. Age 11. I miss him.”Prince Rogers Nelson. Age 11. I miss him…. MINNEAPOLIS (WCCO) — ‘Deep in the WCCO film archives are hundreds, if not thousands of opportunities to travel back in time. And on one reel a treasure lay hidden, untouched, for 52 years.’”

The 52-year-old clip of Prince was uncovered and restored by Minneapolis’ WCCO. And when the channel saw that there was footage of the famed future musician, they were ecstatic.

Prince, of course, would later grow up to be one of the most famous artists of all time and one of Minneapolis’ favorite sons. Sadly, Prince passed away in 2016 at just 57 years old.

Said WCCO Production Manager Matt Liddy about discovering the clip, “I immediately just went out to the newsroom and started showing people and saying, ‘I’m not gonna tell you who I think this is, but who do you think this is?’ And every single person [said] ‘Prince.’”

“I think just seeing Prince as a young child in his neighborhood school, you know, it helps really ground him to that Minneapolis connection,” said professional historian and archeologist Kristen Zschomler of the find. “Even if they’re momentary glimpses into what Minneapolis meant to him, what he stood up for when he lived in Minneapolis, just helps understand that symbiotic connection he had to his hometown.” 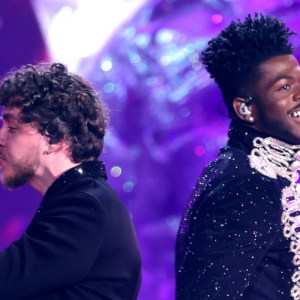