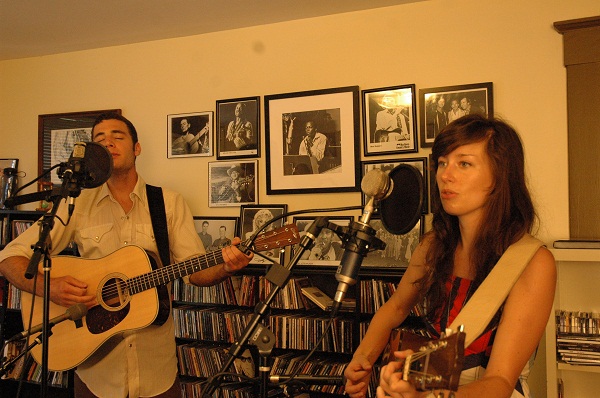 We first caught up with Lera Lynn earlier this year at Merlefest , where the Athens songwriter took top honors in the country category of the Chris Austin Songwriting Contest. Recently, Lynn and her guitarist Ben Lewis stopped by our offices before her gig at Music City Roots in Nashville to promote her debut album, Have You Met Lera Lynn? Be sure to check out videos of her performances here. Recorded and mixed by Sarah Van Ballegooijen. Video shot and edited by Joseph LeMay. Interview by Caine O’Rear. Photo by Jamie Younger.

Don’t Make Me Wait by amersongwriter

I’m Your Fool by amersongwriter

You were in a band called Birds and Wire. What prompted you to drop the whole band thing and bill yourself as a solo artist?

Lera: I felt like the songs were getting buried, so I started playing solo for a while regained my inspiration for performing and songwriting. And then I made the record that’s out now. [Producer] C.k. Koch and I tried to take a really simple approach. The whole process was so inspiring that I decided to just put together a new band around the album. And they were willing to play what was on the record and that just set the stage for the sound that we were going for.

So you and Ben met in Athens?

Ben:  Yeah, we were playing at the same gig and just got to talking and she mentioned that she was putting together something new.

So you’re from Houston originally, Lera?

Lera:  I was born in Houston, yeah.

And when did you move to Athens?

Lera:  I moved to Athens when I was 19, but I didn’t move from Houston. I didn’t really spend much time in Houston at all.

Did you move to Athens for music?

Lera: I was in love with a boy and he was much older than me and I wanted to go to school at UGA. So, that was two good reasons. I always liked music, but I wasn’t pursuing it actively at that age. I was –I don’t know – floating through space like most 19 year olds do.

Now, Athens is of course one of the great music towns. How much does that account for your drive and direction as an artist?

Lera:  A lot. I think Athens is a great launching pad for a lot of people, but also there are a lot of discerning listeners in Athens. You can play and play all you want, but you won’t start getting any attention or building any momentum until you’re doing well. I think that Athens shapes musicians rather well. There are high standards. The bands that come out of Athens and leave Athens are pretty damn good.

So you think it’s the discerning audience that accounts for all these great bands that end up there?

Lera: I think so. There are so many venues and it’s easy to book shows, not the really good shows, but there are many opportunities to play and it’s such a small tight-knit community. I think that’s really helpful.

What’s interesting to me about Athens is that all of the bands sound different. There’s not this signature Athens sound. You’ve got Widespread Panic, R.E.M., The B-52’s, and even these young bands like Futurebirds and Dead Confederate. I feel like there’s really no other small music town that has that diversity of good bands.

Ben: That’s why it’s so hard [to make it there]. People have such a taste for music and such a wide variety. They’re very educated and know what they want to hear.

Lera: Also, there’s just so much music there. In order to get attention you have to be better than everyone around you. I mean even at shows that are amazing you will see the majority of the crowd standing there like this [crosses her arms].

That’s how Nashville is, too. So many bands here won’t play Nashville because it’s such a buzz-kill getting up on stage sometime. Everyone’s a critic and I think it demoralizes a lot of musicians.

Lera: I didn’t get that impression when we went to The Bluebird the other night. I mean, everyone received the same amount of applause.

Ben:  But did you see when she said, “Who here’s from Nashville?” and no one raised their hand [laughs].

Lera: What about The Basement last night?  I felt like that crowd was awesome.

It’s weird because the rock scene is really the living, breathing element in Nashville and that’s a very small, cliquey world. But everyone who’s in that space seems to be gung-ho about Nashville. And the whole country music scene is something that happens behind closed doors.

Lera: Let’s see, I think I was about 14 or 15 when my parents gifted me my first guitar and my mother was always singing around the house. She dabbled in songwriting, so I think that was always just part of my life. But I don’t think I started seriously writing songs until I was about 19 and that’s actually when I wrote “Whiskey,” which is the first song on this album. Honestly, I grew up in a somewhat hostile environment and it was just a great escape for me to close a door, hang out with my guitar, and just write songs. And it’s also kind of therapeutic.

And the song “Bobby, Baby” is about your dad?

When did you write that one?

Lera: I wrote that when we were recording this album. That was last year. He passed away a few years ago and I just finally got to the point of acceptance and forgiveness. That’s what that song’s about.

Are most of your songs autobiographical?

Is it weird to constantly perform songs of a deeply personal nature? Do you feel like you go back to that space in your life or is it something that becomes another beast after a period of time?

Lera: Sometimes “Bobby, Baby” is like brushing my teeth. And sometimes – I don’t know what plays into it – sometimes it’s all I can do to get through the song. I guess it just depends on where my head is and the kind of day that I’ve had or what’s going on in my life.

So what is your take on Nashville so far? Have you spent a lot of time here?

Lera: I’ve been up here a few times visiting friends and this is the first time we’ve ever played in Nashville and I couldn’t ask for anything more. It’s been a great trip, everyone’s been very receptive … but I can’t find the boots I want! Nashville catches a lot of flak from people that live here and people that don’t and I’m on the fence. I’m like, “I don’t know.”

You meet a lot of musicians who are here for a year or two and just finally give it up.

Lera: I could move here, but I’d have to have a reason. People come from all over the world to pursue their dreams in music to Nashville. People don’t really do that in Athens.

Have you been touring a lot behind this album?

Lera: We have, mainly just in the southeast and we are trying to be strategic with our performances.

Do you have day-jobs too?

Ben: I pick up odd jobs here and there. I do studio work occasionally, weed-whack and mow fields.

You’ve already had some success having won these song contests. Any advice for the budding songwriters?

Lera: I think the most important thing is to follow your intuition in everything in life, but especially in music and writing and playing. That goes from the song itself, the structure of the song to who you should do business with. And also just to persevere.  Because I’ve been working on this for a long time and I’m just now starting to get some momentum. But I’m trying to be as patient as possible. I think that’s the key. 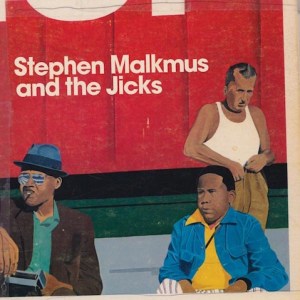