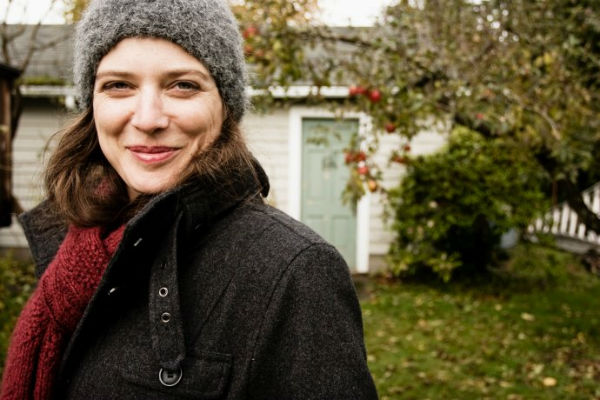 Shannon Stephens, who records for Sufjan Stevens’ Asthmatic Kitty label, doesn’t quite fit the conventional female singer-songwriter mold. She landscapes part time for a living (pushing a mower helps her get into a creative head space) and name checks Will Smith’s “Summertime” when asked about the perfect song. Stephens, who counts Bonnie “Prince” Billy and The Tallest Man On Earth among her fans, tells us about her new album, her approach to writing lyrics, DJ Jazzy Jeff and more. Also, bonus points for referencing a previous Writer Of The Week interview, with the enigmatic Jim White.

Right now, Gillian Welch, because she’s Gillian Welch. Bonnie “Prince” Billy, because he seems to write from a place of such freedom. Greg Brown, because he’ll write about anything and make it you care about it too. Bill Withers, because his songs are the perfect fusion of folk and soul.

Tell us a little bit about your new album.

The title of the album is Pull it Together, a phrase that sums up where I’m at currently. From the subject matter on the album to the live show to my personal life, everything is being assembled that was in a state of disarray.

I found an amazing group of musicians for this album, and instead of micromanaging the way I did on The Breadwinner, I gave them more freedom to interpret the songs with me. So much so that on some of the songs I removed my own guitar and let their parts carry the arrangement. I veered away from the orchestral approach and opted for a blues approach to production. Instead of saying, “This song needs a French horn or a string section,” I kept going back to the core group of players and saying, “How can we complete this song between the group of us?” And that approach pulled more and better performances from each of us.

The result is a band-oriented album, which is exactly what I’d hoped for. I worked with Kory Kruckenberg, a stellar engineer. We recorded the first few instruments to his 8-track tape machine and then did the rest at my house with his help and gear. From the beginning, the album had a simplicity, warmth and spontaneity to it that kept making people say, “It sounds like the 70s!” So we went with that. The mixing and mastering were done with gentleness and a light touch, to preserve the vibe.

I started writing little ditties when I was a kid, but I wrote my first “real” song at age 16. It was not good by my standards today, but I think that for a 16-year-old who had just learned to play the guitar, it was a valid stepping stone.

It was an unrequited love song for this guy in my high school with beautiful long hair. It was like, “I am agonizing/ There’s desire in my heart…” Blech. The guy totally didn’t deserve it; on second thought, maybe he did! It was an E minor, A minor chord progression that pretty much repeated for a long time with finger-strumming and soft whispery vocals. The thought of it makes me want to run away.

Usually there will be something I’m mulling over in my mind… some way the world works, or some way my own thoughts work…and a catchy phrase will pop into my head. If I’m being disciplined, I write it down, and the next time another catchy phrase shows up around the same subject, I write it down too. Once I feel like the song is really trying to be born, I sit down with the guitar and mess around with chords while trying different melodies around the words. I like to have my notebook open and try not to edit or judge, but scribble down ideas freely as they come, in order to acquire as many lyrical options as possible. Eventually I have enough material to organize into song form.

Pushing a lawnmower is a great song-finishing exercise for me… I’m a part-time landscaper by day. I’ll just let the song repeat and repeat in my head as I’m mowing. I run to my notebook and scribble, and then go back to mowing.

I probably finish half, and keep a quarter. Sometimes the rejects are 90% there, but I can’t get them the rest of the way. I end up recycling a lot of lyrical and musical themes. I try not to throw anything good away.

Yes: they should fit together like pieces of a puzzle, and form a cohesive picture or statement. I try to make each album a snapshot of the place I was in, as a songwriter and human being, when I created it. If an old song ends up fitting in amongst new works, it gets reinvented in some way—like the song “Wax and Feathers”, which opens up Pull it Together. I wrote that song 15 years ago, and it meant something really different to me then, but it felt like a fit thematically with the rest of the album. I reworked the arrangement to make it blend with the other songs.

I also like to give an album a sense of place. One way to do that is by choosing a small group of musicians and having them play on every song, and relying on them to fill out all the components of the arrangement, including the solos. The other way is by recording—or at least starting the process—all in the same place. For Pull it Together, we started at my friend Kory’s home studio with his tape machine. Every song was begun there, so every song has the same drum and bass sounds, the same tape hiss. The album is firmly anchored in that space.

What sorts of things inspire you to write?

All sorts of things —I don’t see any subject matter as off-limits or unworthy of being put to song. If it’s something I care about, odds are someone else will too. I tend to write a song when I’m in the process of figuring something out about the world or myself. I’m articulating something to myself that I could not articulate before.

I wrote “Faces Like Ours” last spring, just before going into the studio for Pull it Together. I was thrilled to have written it just in time to include it on the album. I haven’t written anything since. Once I leave on tour, or maybe when I get home, I’m excited to start writing again. I have limited time to focus on music, even though I spend three days a week on “music.” I love how Jim White said that being a professional musician is 90-95% administrative work. He’s totally right. I have to accept that things move in a cycle for me: writing, then recording, then performing, then writing again, because “working on music” is not the same as working on music.

I’m proud of “Your Fabulous Friends” because it totally rocks, and I don’t have a lot of songs that totally rock. I feel like it couldn’t possibly be my song. And I’m proud of how I played the guitar on it, too. I wrote the part the way it was in my head; I didn’t simplify it to go easy on myself.

I love the lyrics on “Out of Sight.”  I used to joke that someone ought to pay me for being freaking awesome, so I could stop mowing lawns and do the stuff I really love to do. It turned into this song that’s part comedy and part tragedy. “Someone put me on the payroll; I’m completely qualified. Someone sign me up with that great big sugar-daddy in the sky.” It’s a wry take on the old Shirley Temple song, “The World Owes Me a Living,” where there’s this lazy grasshopper who doesn’t want to work. And by contrast, I want to work hard, but I want to call the shots about how, when and why I work. The song starts out ironic but ends with grief.

I’d say easier—the process becomes more streamlined and familiar the more I’m writing. I took an eight-year break from music, and when I came back to it, my songwriting muscle was weak and atrophied. It was really arduous to write The Breadwinner. I slaved over that album. Writing Pull it Together was much easier and more joyful.

I dabbled in poetry and short stories as a youngster, but once I started combining words with music, I realized that songwriting was my best medium. For me, it’s the music that really makes the words pop.

I wrote a song in 1999 called “I’ll be Glad” which has touched some lives in a really surprising way. The first thing that happened was that Bonnie “Prince” Billy covered it on his 2008 album Lie Down in the Light. The next thing that happened was that sometime in 2009 my husband Youtubed the song title, and discovered that kids were covering it in their living rooms and at their high school talent shows. We found that the Tallest Man on Earth was covering it with his girlfriend Amanda, and their rendition of it was raw and emotional. It’s turned into some sort of viral gospel tune. Will Oldham compared it to a hearth, and Kristian of Tallest Man on Earth said it “felt like home”. Anyway, this is a song with a life of its own. People respond to it. So I keep playing it.

What song  do you consider the perfect song, and why?

There are so many I could choose from, but how about “Summertime” by DJ Jazzy Jeff & the Fresh Prince. It perfectly embodies the subject it’s speaking about. When I listen to it, I feel the way a summer evening makes me feel. They captured that feeling. I don’t know how they did it. 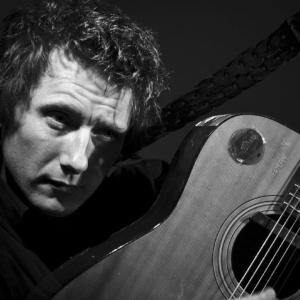