Frank Sinatra has one of the best singing voices of all time.

That’s why it can be so hard to cover his songs. Yet many skilled artists still attempt to undertake the task. And some even succeed.

And that is what we’re going to dive into here today. Below are six covers by a wide variety of artists who have taken on tunes from Ol’ Blue Eyes. From Lady Gaga to Shawn James, these are the best of the best.

The big and heavy-voiced singer brought his acoustic into the booth with him to sing a rendition of the song “That’s Life,” and, well, nailed it. Check out James, who has a flexible heft timbre that brings a whole new twist to Sinatra’s signature tune. What a pleasure.

The French soul singer and songwriter performed a version of Sinatra’s “I’ve Got You Under My Skin,” and, as a result, the artist is under ours in the best way possible. With a fluttering voice and a deep, rich performance style, this version is terrific and not to be forgotten.

The famed celebrity and skilled artist is like a jukebox, she can do any song by anybody. And here, Miley Cyrus takes on Sinatra’s famous tune, “My Way.” In one way, we’re all living in Cyrus’ world as she continues to find new peaks for her career. And this is certainly one of them.

The crooner decided to perform this rendition backed by a full orchestra. Check out his rendition of “Strangers In The Night” while a myriad of violins and cellos and more swell and tug at our own heartstrings. This rendition is heartfelt and pronounced. It’s like a lounge version crossed with a symphony. Truly inspiring.

Taking advantage of an emotive Spanish-style guitar, Chase Eagleson performed a version of Sinatra’s “The Way You Look Tonight” acoustically. Whereas Sinatra offers a big, full voice, Eagleson performs with his restrained, gravelly tone. It’s a pillow talk version of the song that gives off goosebumps.

Lady Gaga may be the best artist on Planet Earth suited to cover Sinatra. She’s got his prowess as a performer, the gravitas of a celebrity, and just seems at home with a big band behind her. Put a fedora on her golden head and she fits the bill to perfection. Check out her rendition of “New York, New York” here below in which she sings about her hometown. 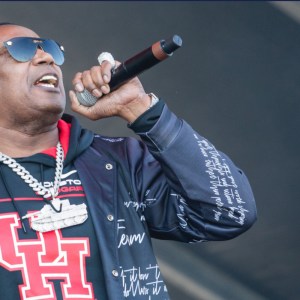