Every year, five songs are nominated in the Grammys most prestigious songwriting award, Song of the Year. This year again a vast diversity of styles and content was represented in the nominated songs.

The winning song this year was “Thinking Out Loud,” by Amy Wadge and Ed Sheeran.

Here’s a look into the origins of each of the songs, as told by the songwriters who wrote them.

Track from: To Pimp A Butterfly

Opening with words from Alice Walker‘s classic novel of American racism, The Color Purple, “All my life, I had to fight,” it’s a song which has emerged as an anthem for the Black Lives Matter movement, as well as a source of outrage for those who oppose this essential American activism. It’s a song of hope in the context of anguish at the ongoing murder of black youths at the hands of police. It stands as a shining example of the pure power of song to express that which is beyond mere words. As Lamar explained to MTV, the song was inspired and informed by a South African journey in which he witnessed outrageous poverty: “When I got to Africa and saw other people’s problems, [I realized] their struggle was ten times harder and was raised crazier than what I was.” The music was composed with Pharrell, who said at the Morocco Mawazine Festival that it was inspired by Trap music, to which he brought his own signature. “You know,” he said, “a little bit more colorful … add some Rhodes … something a bit more mystical. I had my A Tribe Called Quest hat on that day.” To TMZ, Lamar expounded further on the reality that led to this song: “…the senseless acts of killings of these young boys out there … this is reality, this is my world, this is what I talk about in my music. You can’t dilute that … Hip-hop is not the problem. Our reality is the problem of the situation. This is our music. This is us expressing ourselves.”

Written by Taylor Swift with Swedish hitmakers Max Martin and Shellback, it emerged from her desire to counter common media attacks. “Every few years the media finds something they unanimously agree is annoying about me,” she said to NME. The most prevalent accusation being that her songs were written only for “emotional revenge” on former boyfriends. “It was excessive,” she said, “but then I found … comedy in it.”  That comedy emerged in a character designed to mirror every myth about her: “… emotionally fragile, unpredictable mess … I created this whole character, and I had fun doing it,” a role she fleshed out in the video to great extremes. Not everyone, she said, knew she was being ironic. “Half the people got the joke,” she said, “while half the people thought I was really owning the fact that I’m a psychopath. Either one’s fine.” A famous mishearing of the lyric led many to think she was singing about Starbucks and not lost lovers, which was okay with her, as she said in a Secret Sessions listening party, calling it, “A delightful misunderstanding about this song that was written about misunderstandings.” The lyric was constructed from lines she’d collected over many years, as she told NME: “Writing that song was a journey,” she said. “I’ll come up with a line that I think is clever, like, `Darling, I’m a nightmare dressed like a daydream.’ I pick them and put them where they fit and construct the bridge out of more lines. It was really more like a crossword puzzle. ‘Blank Space’ was like the culmination of all my best ones, one after the other.”

Conceived as a closing elegy to the late great Paul Walker for Fast and Furious 7, it was born when Charlie Puth – then a songwriter-producer, but not recording artist – entered a writing session in progress with Andrew Cedar and Justin Franks. “Andrew had the chord changes, but with 20 different arpeggiated synths,” Charlie recalled. “I suggested stripping it down to just piano.” He played Andrew’s starkly poignant changes on an acoustic, and sang the first words that emerged: “It’s been a long day…” He and Justin had only met that day, and hadn’t informed the other both had recently lost dear friends. But it informed the song: “I wondered, ‘What would Vin Diesel say to Paul Walker when he passed away? What would his last text message be?’ And I thought of my friend. When I found out he was gone, I texted him. One last time.” The perfect phrase emerged, matching the rest of the melody: “Tell you all about it when I see you again.” So right was it, they both began to weep. “It was intense because we had just met. And we wrote this insane hook together. It was a really powerful humanistic moment.” Though Charlie provided the ethereal vocals on the demo, the idea was to replace those with the voice of a superstar. But the movie company, hearing the poignant soul in Charlie’s voice, knew he was the singer, a decision which forever changed his life. “And all because of one simple phrase, `I’ll see you again.’ It’s universal.” Getting Wiz Khalifa was but a pipe-dream, “but when Wiz heard the song, he wanted in. It’s a dream come true.”

It was born before Ed Sheeran and Amy Wadge officially got to work. “I initially started playing around with the chords that turned into the song when Ed was in the shower,” remembers Amy, “and he heard it, and then started singing `take me in to your loving arms’ while he was walking round upstairs.” But it was after sharing sorrow over loved ones lost and dying that the song truly took form. With one guitar and two voices, the entire song came in twenty minutes. “Ed came up with the title,” she said. “It came when he was vocalizing it, and I knew it was perfect. I sang, ‘When your legs don’t work like they used to before and I can’t sweep you off of your feet,’ and then we both developed it from there.” As with all the songs this team has created, words and music emerged together. “Ed is such a prolific writer, he works very quickly. We had the words, melody and structure very quickly.” Admitting amazement at the song’s reception, she said, “I have been absolutely blown away by what has happened with the song. I’m not sure exactly why it’s resonated so much but the subject matter appeals to every generation, as in the end it’s about falling, and staying, in love with someone. I also think that the way Ed delivers it is extraordinary, as you believe every single word.”

A tale of jealousy, “Girl Crush” emerged fast during a songwriting sleepover at Liz Rose’s Nashville home. “We hole up for three days, and we write in our pajamas,” Liz told us. “In the morning we write our coffee songs, and in the late afternoon, our wine songs. This was a coffee song. Lori had the idea one morning in the kitchen with the title. Hillary picked up my Gibson and said, ‘Do you mean like this?’ and literally wrote the whole first verse. And Hillary and I said, ‘Yes – just like that!’ It was very magical and awesome.”  “The title,” said Lori, “was one of those hashtag things you see.” “Sometimes people will use that phrase when inspired by other women, not necessarily in love with them.” The song might have gone in many directions, explained Hillary: “It could have been a woman-power song; it didn’t have to be about jealousy.” But the concept wasn’t discussed or overthought; instead they leapt on it. “Once Hillary heard the title, she took Liz’s old Gibson and sang the first four lines, and we all instantly knew what it was going to be.” Written in under two hours, they quickly taped it onto a phone – all three singing – before moving on. “We didn’t even demo it,” said Liz. “We didn’t know really what happened.” They played it for their friends Karen and Kimberly of Little Big Town that afternoon, who grabbed it. As Liz put it, “The song gods in the heavens gave it to us.” 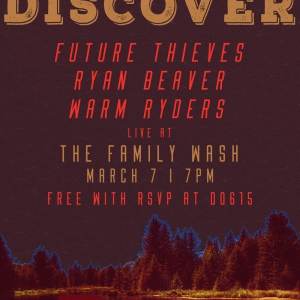