Steven Van Zandt was 14 years old when the Beatles played The Ed Sullivan Show. It was a day that inspired millions of people, many of whom went on to buy and learn to play guitars. But while Van Zandt was in awe of the Mop Tops, his fingers already had experience noodling with a six-string. By then, Van Zandt’s grandfather had shown the aspiring musician songs from his family’s native Calabria, Italy. Van Zandt began to play the guitar to spend more time and bond with his grandfather, whom he loved dearly. The two got along well, strumming tunes. Then the Beatles landed and the musical “British Invasion” followed.

Van Zandt, who came of age in the ’60s, was bitten by the rock and roll bug immediately. The genre sunk its teeth into the young man. Later in life, he learned about Chuck Berry, Bo Diddley, and the stars of the ’50s. But at the moment, he found himself enamored with the Rolling Stones, the Kinks, the Animals, and many others.

These and many others are the stories in Van Zandt’s recently released New York Times best-selling memoir, Unrequited Infatuations. (And perhaps what he reminisces over while preparing his new line of wellness-focused cannabis products, Little Steven’s Underground Apothecary, which includes prerolls sourced by Canna Provisions.)

“My mother remarried when I was young,” Van Zandt tells American Songwriter. “She and my father divorced when I was two or three and she wouldn’t remarry my stepfather—who adopted me and gave me his Dutch name—until I was seven. So, from the ages of two or three to seven, I lived with my mother’s Italian parents.” He adds, “It takes a village.”

Van Zandt was the first grandchild of his generation. That means a lot to his family. As such, he was showered often with love and attention. Early in his life, Van Zandt paid attention to music. There were no cell phones, there was no internet or computers. But there was the radio, which was playing everywhere, and there were singles, which he began to collect. Then on February 9, 1964, the world changed forever. And Van Zandt dove deeper into his craft.

Van Zandt was born in Winthrop, Massachusetts, but moved with his mother and her then-new husband to New Jersey when Van Zandt was seven years old. It’s there where Van Zandt’s world changed. He grew up in south New Jersey on the beach. That’s where he met famed frontman Bruce Springsteen and the two began a musical partnership. To name one of the many accomplishments, Springsteen credits Van Zandt with being partially responsible for the memorable guitar lead in “Born to Run.” Van Zandt contributed a great deal of guitar work to the Jersey Shore sound and to Springsteen’s music while in the E Street Band. Later, after a falling out with Springsteen, Van Zandt went solo. In 1982, Van Zandt released his debut solo album, Men Without Women. He’s released a half dozen more since.

“I didn’t really want to go solo,” Van Zandt says. “I explain it in great detail in the book. But it was a perfect storm at the time. I was becoming obsessed with politics. Someone offered me a solo deal. I had my first real fight with Bruce, it got very emotional. But basically, it was a perfect storm of circumstances and I ended up leaving.”

Van Zandt, who was inducted into the Rock and Roll Hall of Fame in 2014, chose to dedicate his new solo career to making political statements on his records. He was tattooed by the ‘60s, metaphorically speaking, an era where each artist had to stand out with their own unique voice. So, Van Zandt, embarking on his new path, chose to speak in political terms, trying to make an impact on the world in positive, progressive ways. He was already immediately recognizable as a person from his days with Springsteen—wearing his trademark bandana, shirt collar opened, strumming the guitar—now he was forging his own voice in the larger dialogue.

Today, the artist’s life is as rich as a family feast. Between his musical career, writing career, and acting career—he starred on HBO’s The Sopranos as a strip club owner, Silvio Dante, one of the most memorable characters on the legendary show—Van Zandt, who also appeared in Martin Scorsese’s The Irishman, has done a great deal in his days. He also runs multiple satellite radio channels on SiriusXM.

“I don’t really look back,” the 70-year-old Van Zandt says. “I don’t spend a lot of time being nostalgic. So, it was fun to go back, especially to the ’60s, and relive those days [for the new memoir]. I got a chance to analyze a lot of what I did, the decisions I made.” He adds, “It’s cathartic, revelatory.”

Van Zandt’s new book includes his personal life story, along with his perspective on most of rock and roll’s history. He also writes about the craft of what it means to be a professional musician. Like his life, there is a great deal to devour. Today, he also teaches music history and has developed a curriculum for teachers. Van Zandt also started his own record company. But perhaps none of this would have happened had he not got his fingers going on the guitar. If he had not taken to his grandfather, who, for those few years, became something of a father figure to him. Perhaps he never would have discovered what ran in his veins.

“Music is probably the most effective common ground we have,” Van Zandt says. “Between countries, between languages, between different ethnic groups, different cultures.” He adds, “If greatness is not accessible to future generations, how can they aspire to greatness?” 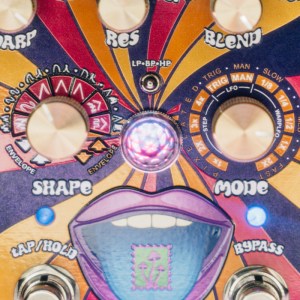 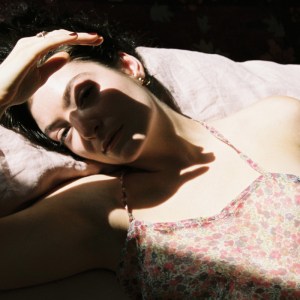